In honor of the publication of the Classic Edition of More than Miracles: The State of the Art of Solution-Focused Brief Therapy, we asked co-author Yvonne Dolan to tell us a bit about what SFBT is, how it has evolved, and training opportunities for therapists. 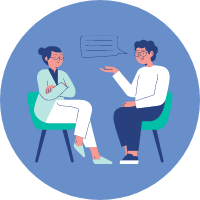 What is Solution-Focused Brief Therapy and How it is Used?

Solution-Focused Brief Therapy (SFBT) is a short-term goal-focused, evidence-based therapeutic approach which helps clients change by constructing solutions rather than dwelling on problems. An inherently collaborative model, SFBT does not involve confrontation or interpretation. In a dramatic paradigm shift from most other approaches (including CBT with which it is often compared) SFBT reverses the traditional order of the therapeutic process, beginning by developing a description of what the client’s life will be when the problem that brought them to therapy is gone or being coped with satisfactorily and then working backwards to find the necessary resources within the context of the client’s real everyday life experiences.

Elements of the desired solution often are already present in the client’s life or repertoire of possible behaviors and cognitions. Times when the problem is happening less or not at all, known as exceptions, comprise the primary building blocks for solution development. SFBT is conducted with deliberate and careful attention to language characterized by precise communication practices informed by practical tenets, and the duration of therapy is typically relatively brief, six sessions or less.

Since its initial development in 1984, SFBT has become one of the most widely taught and utilized therapy approaches in the world. It is currently being used in educational settings, business coaching, as well as in counseling, mental health, social service, addictions treatment settings throughout western Europe, the U.S., Canada, Asia, and some areas of Africa, India, South America, the Middle East and the Caribbean. 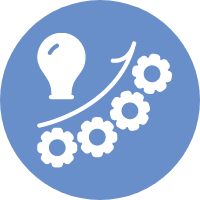 The Evolution of SFBT

SFBT has enjoyed increasing world-wide popularity in the years since the initial publication of More Than Miracles in 2007, particularly in the U.S. where its cost effective combination of evidence-based efficacy and brevity make it ideal for chronically under-funded social service, mental health, school counseling, and medical social work settings with ever growing client populations.

The SFBT approach has evolved in a variety of interesting ways: First of all, there has been a great deal of empirical outcome research substantiating the efficacy of the official SFBT treatment model delineated in this 2nd Edition of More than Miracles. For example, there have been over 150 randomized clinical trials and eight meta-analyses. Taken as a whole, these studies have shown SFBT to be an effective approach for most clinical populations and presenting problems not only as or even more effective than other evidence-based approaches but able to obtain the same positive results in fewer sessions ((Kim, Jordan, Franklin, & Froerer, 2019).

As popularity of the SFBT approach has grown, numerous SF trainers and training programs have emerged all over the world with some proposing their own versions of the approach (e.g. Ratner et al, 2012, Isebaert, 2017, McKergow, in press) ). Although research is still needed to substantiate the comparative efficacy of alterations that depart from the official evidence-based SFBT treatment model, the spirit of adaptation and creative evolution is consistent with that of the original developers, and would likely be applauded by them.

An understanding of the language contribution to psychotherapy in general, and SFBT specifically, has led to some intriguing demonstrations of clinical applications. For example, Richmond, Jordan, Bishof, and Sauer (2014) demonstrated that clients taking solution-focused intake questionnaires described significantly more solutions, described fewer problems, and improved significantly before their first therapy session than those taking traditional problem-oriented intake procedures.

Jordan (2014) describes the development and validation of a psychometrically sound assessment device, the Solution-Building Inventory (SBI), which, instead of measuring the problems and deficiencies assesses clients’ ability to identify solutions, exceptions to problems, and hope. This instrument has utility both as a research tool and a clinical assessment device. Sanchez-Prada and Beyebach (2014) showed how therapists can use different language choices and dialogue deconstruction to help clients who report no improvement or worsening between sessions stop the negative spiral and begin showing improvement again. 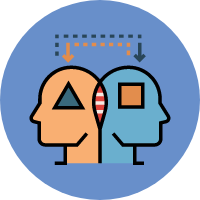 In terms of commonalities, both CBT (e.g. Beck, 2011) and SFBT therapists focus on the client’s stated concerns or presenting problem rather that attempting to identify the original cause of the problem or trying to foster personality change. With both approaches, the primary focus is on behavior and cognition rather than emotion. Both approaches also utilize some relatively similar techniques in the form of goal development, between session assignments, and scaling. And both approaches share a relatively brief duration of treatment, although SFBT requires fewer sessions to achieve positive effects and utilizes a more collaborative, less intrusive approach style ((Jordan, Froerer, and Bavelas, 2013).

But SFBT and CBT also differ in several major ways. SFBT focuses on solution-development while CBT focuses on problem-solving. This difference in focus has serious implications in terms of the approaches assumptions about clients and their consequential ability to kindle hope and resilience. Viewing clients as inherently resilient, SFBT therapists assume that clients inevitably possess strengths and resources that can be utilized as a basis for developing positive coping mechanisms and satisfying, sustainable solutions without requiring then to focus directly on deficits and unhealthy coping strategies; effective solutions need not necessarily be related to or directly address the original cause of the problem.

CBT therapists in contrast, are trained to address problems by first identifying various faulty cognitions, negative core beliefs, and problematic behaviors that they assess as contributing to or being the underlying source of the problem and then providing psycho-educational strategies designed to help their clients correct them. 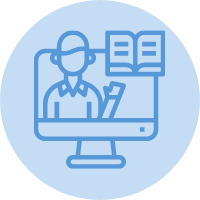 The Institute for Solution-Focused Therapy (ISFT) is pleased to announce a new self-paced, online, book with exam course based on Routledge’s new 2nd Edition of More Than Miracles: The State of the Art of the Solution-Focused Approach. Developed by More than Miracles co-authors, Dolan and Trepper and ISFT Director, Anne Lutz, M.D., the course is suitable for advanced SFBT practitioners and ambitious beginners. This course has 6 CE Hours/Credits available. Learn more about the More than Miracles Course here.

McKergow, M., (in press) . The Next Generation of Solution-Focused Practice: Stretching the World for New Opportunities and Progress. New York: Routledge.

Sánchez Prada, A., & Beyebach, M. (2014). Solution-focused responses to “no improvement”: A qualitative analysis of the deconstruction process. Journal of Systemic Therapies, 33, 78-91. 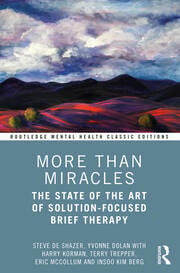 Written by pioneering experts in the field, More Than Miracles remains the authoritative text on solution-focused brief therapy (SFBT). The final work of the world-renowned family therapists and original developers of SFBT, the late Steve de Shazer and Insoo Kim Berg, this comprehensive resource informs practitioners and students in how to apply this practical, internationally acclaimed approach.