"In my work, I focus on Black people. Because I think that not a lot of people do," says Routledge author S.R. Toliver.

Representation is a powerful tool that can inspire communities and amplify the voices of marginalized groups across the globe. So what happens when important stories go untold, and voices go unheard?

We spoke with S.R. Toliver, author, researcher and assistant professor of Literacy and Secondary Humanities, about the importance of Black representation in literature. Learn how her experiences as a young reader helped shape her passion for writing and discover why she believes speculative fiction can offer the bit of hope new generations of Black readers need and deserve.

Why Is Black Representation in Speculative Fiction Necessary?

Reading is a tool that allows us to expand our minds and explore the world through written word. When we see ourselves represented correctly in texts, it gives us the space to imagine our futures, learn new things about ourselves, and challenge how we view the world around us. When we see characters like ourselves become the hero of their own stories, it can give us the power to find that courage and bravery within ourselves. But just like healthy representation can make our dreams and sense of self flourish, inaccurate or incomplete representation can limit our imaginations and impair our ability to know where and with whom we may belong.

"I didn't ever see myself in [speculative fiction] books. White girls could be the princesses and could ride dragons and go into battle. And there were white men who got to be magicians and things like that...but then, when it came to people like me, if we were even present, we were the villain. If Black people were present, we were the sidekick that never went home or had a life outside of the main character. And it really bothered me…so the moment I found out Black speculative fiction existed, my world changed."

Speculative fiction is a genre of fiction in which stories take place outside of the real world. These books often include supernatural or futuristic elements and require readers to call on their imaginations to guide them through the text. When we find ourselves represented in magical or fantastical settings, we are given the chance to live vicariously through these characters and find real joy and inspiration from their stories. For Black people to be excluded from these experiences is an immeasurable disservice.

"I remember the only books I had that featured Black people were about civil rights, enslavement. Somebody got shot, somebody is dead. Just really sad and hard. And I can deal with that. That's life, right? There's definitely realness to those stories, and they need to be told, but those can't be the only stories we get told…that we are going to die, or we're going to be enslaved, or we're going to have to fight for someone to see us as human. In the speculative, there are still a lot of the social issues we see in the modern world...but I can have the magic to fight back. I can have a magical dragon or creature to help me to go against the patriarchy or go against an oppressive society. To me, the speculative brings hope."

While there are more Black stories being published and told through speculative fiction today than there have been before, there are still great strides to be made. In the words of S.R. Toliver: “There is still so much to discuss.”

How Can We Use Speculative Fiction & Other Types of Storytelling as Research Tools?

Black people have been excluded from and misrepresented in retellings of history for centuries. Due to hateful societies and racist conditions throughout time, much of Black history has been forgotten, denied, or stolen. Because of this, traditional methods of research may not always show the full picture. Sometimes, a story can capture the truth better than a graph.

“I think it’s important in academia for us to acknowledge that Black storytelling is a form of research that goes back beyond America, beyond a lot of the western societies, beyond academia. African people have been telling stories as research since before time. I really wanted to acknowledge that, so [my book] is a kind of reminder and remembering for me of the storytelling ways that I grew up with. I did not grow up with academic writing, the ‘here is your introduction, your methods, your finding section’ and all of that. I grew up with story, and that is how I learn about the world around me. It’s an homage to that practice, even though it’s not always welcome in academia.”

Toliver’s book, titled Recovering Black Storytelling in Qualitative Research: Endarkened Storywork, presents a semi-fictionalized narrative in a science fiction setting, which refuses white-centric qualitative methods and honors the ways of Black people who were once the scholars of their African nations. In preparation of writing her book, Toliver interviewed and worked with several young Black girls, aged thirteen to fourteen, and studied the ways in which they interacted and existed in the world. Their conversations laid the path for Toliver to provide those girls, and others like them, with the kind of representation young Black children deserve to see and have.

To include people frequently excluded and underrepresented in academic spaces was a critical goal of Toliver's research. Toliver succeeded in broadening academia's audience by writing a rigorously researched dissertation that both supports her ideas and made it possible for the young girls she worked with to read, understand, and provide feedback on each chapter.

"I wanted to write something that was enjoyable for others and enjoyable for me…if I can find a way to make [research] enjoyable and accessible for folks who are not in academic spaces, and who don’t ever care to be or want to be, then I feel like I’m doing something right."

Why Is It Important to Foster Black Children’s Creativity in the Classroom?

During Toliver’s research, she discovered one of the girls she worked with attended a STEAM (science, technology, engineering, arts and mathematics) school. In one of their conversations, the student complained that her workload focused primarily on science and mathematics, and when Toliver inquired about the “A” in “STEAM,” the student confessed that art is rarely mentioned at school. In fact, she tells Toliver: “We don’t get to dream in school.”

Unlike many traditional educators, Toliver encourages her students to think outside of the box. When the time comes to assign homework and class projects, Toliver often requests anything but plainly structured essay responses. Paintings, poems, video essays, and collages are all encouraged mediums in Toliver's classroom. When teachers put strict limits on their students’ creativity, it’s as if they are slowly extinguishing the potential and excited ambition of future generations.

While Toliver believes in the power of creative thought and expression in the classroom, she also understands that teachers who struggle to support their students’ creativity are not solely to blame. "As much as I want teachers to foster the imaginations of Black girls, they don’t have the opportunity to foster their own, and I don’t think it’s possible to help others foster their imaginations when yours is dying. We’re in this space where creativity is pushed off, and we’re asking teachers to reimagine education and engage students’ imaginations when they haven’t been able to activate or use their imaginations for so long." 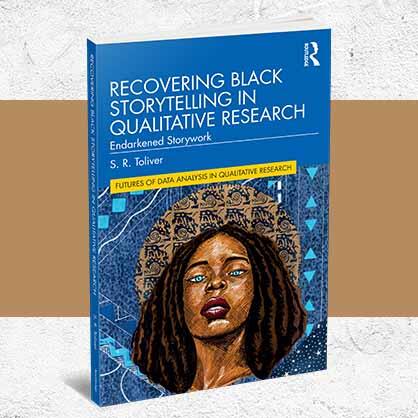 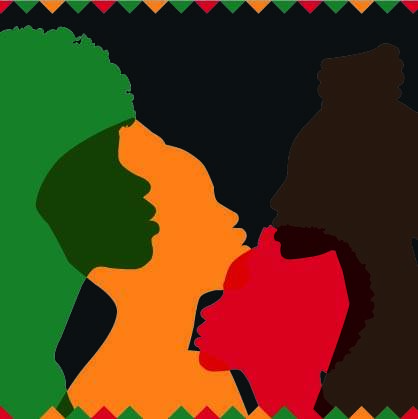