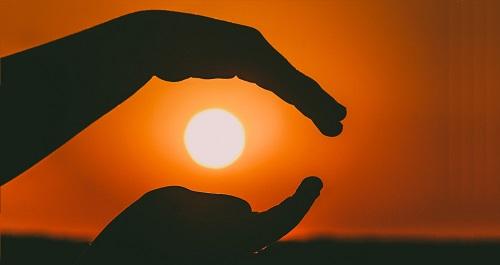 For a continent known as the most sun-rich in the world, one would assume solar power dominates the energy production and consumption. But with only 3% of the global consumption of energy, Africa is said to be in an energy crisis.

But all is not lost, with capital investment funds becoming available, solar technology maybe the golden ticket for Africa to break free of its energy crisis, on its way to supplying its near 1.3Billion population with sustainable, reliable electricity.

With 25% of Africa covered with desert, solar is considered to have the most potential in providing virtually any location in Africa with electricity. Some areas receive up to 2000 kWh/m²/yr of direct sunlight. With almost 70% of Africa’s population concentrated within and around the Sahara, this is huge potential for micro-grids to aid vast communities in becoming less dependent on traditional fuels for power.

Africa is not alone with its impressive direct solar, France can vary between 1,200 kWh/m²/yr in the North to more than 1,700 kWh/m²/yr in the South. The Middle East is also known for its endless sunshine. Between 1999-2011 the average solar irradiation in Saudi Arabia fell between 2000-2450 kWh/m²/yr. The UAE has an average annual solar hour of 3568, which roughly equates to 9.7 h/day. This corresponds to an average solar insulation of 2289 kWh/m²/yr.

A major roadblock slowing down the rate of solar projects is money. A lack of government funding and few foreign investors overwhelm any prospective project. The World Bank has provided more than $5Billion to around 70 projects across 35 countries for renewable energy projects. Other initiatives from across the world are also providing large sums of money to aid Africa into the 'Electric Age', including £100Million from the UK government which was announced at the COP24 in Poland. The results of these investments are beginning to show. Clean energy investment across sub-Saharan Africa has nearly doubled between 2014-2015 totaling $5.2Billion. Data from the International Renewable Energy Agency indicate that Africa’s total solar PV installed capacity has increased from 500MW in 2013 to nearly 2100MW by the end of 2015, with South Africa taking the helm. Developments such as the 160MW Noor I project in Morocco and the large solar photovoltaic projects in South Africa have attracted significant commercial debt and equity investment. Other factors for increased financial ease include:

Since its first conception in the mid 1800’s, the ability to convert solar energy into electricity has captivated technology enthusiasts to create cheaper and more efficient ways of harnessing the power of our nearest star.

The 1990’s saw the introduction to the World Bank PV Program dedicated to providing electricity for those who cannot be connected to the grid. Expensive and dangerous kerosene lamps were replaced with PV-powered solar lanterns and Solar Home Systems were introduced to provide electricity for radio, television sets and lights. Unfortunately, it was a bumpy start, particularly in Kenya. Manufacturers attempted to lure customers with cheap PV products. These cheaper products were the result of cost cutting when manufacturers chose not to use the solar cells made on silicon wafers but manufactured a new type of solar cell using a thin film of silicon. The World Bank quickly caught wind of the situation and adjustments were made to the program making sure only quality-wise approved solar lanterns and Small Home Systems were approved to buy. Now the market is brimming with different technologies from Concentrated Thermal Solar Power Systems to Hybrid Solar Systems, even Pay-As-You-Go initiatives, making the idea of solar possible for many different communities.

A recent Forbes article demonstrates one companies particular interest in Africa for its latest solar technology.

New technology brings along with it, the potential for new employment opportunities. A previous decline in the share of manufacturing has started to spring back since 2009, linked to Africa’s economic growth in recent years. A potential contributor to that could be the 21 module factories currently operating with several African countries, producing 900MW per annum. An increase in competition has driven down prices, making solar affordable, however, this has driven margins in manufacturing to become razor-thin. Manufacturers can only survive if their cost structure matches or surpasses their competitors. Size matters, governments should therefore ensure policy measures are put in place before stimulating new manufacturing capacity, if they wish to be a contender in the market. To unlock the maximum job opportunities, governments should focus their attention on the manufacturing of support structures, inverters, cables, junction boxes, and batteries to support local employment.

With an energy source as abundant as the sun, and a growing need to supply carbon neutral, as well as reliable electricity to all, it comes to no surprise that countries within Africa are developing solar technologies for their people. Increased financial incentives and a more demanding and competitive manufacturing environment are among the few encouragements bolstered by its impressive solar insulation.

This article showcases Africa as a prime example of where solar is now, and where it will be. The Sun Is Rising in Africa and the Middle East and the other books listed below showcase the latest in-depth research, written by pioneering authors in the field, giving you a plethora of information to make informed decisions about your energy future. 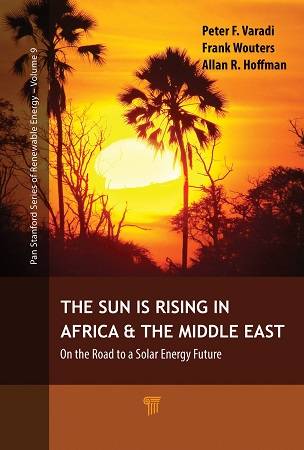 Get your free chapter today