Nurturing cognitive development in children across K-12 can be tough for teachers. But the simple act of play is more powerful than you think. The cognitive processes that are maturing during a child’s life are maturing through play. Imaginative play is the vital activity that leads to children’s ability to engage in symbolic thinking. Symbolic thinking is a huge step in the cognitive development of the individual. It signifies the ability to both mentally represent an object and assign the meaning of that object to a different object. Dramatic and fantasy play are foundational to a number of cognitive processes that are linked to creativity including divergent thinking, transformational abilities, cognitive flexibility, and insight. All of these cognitive abilities are activated when a child begins to engage in constructing imaginary play scenarios. Play, then, performs four vital developmental roles in young children: from the cognitive perspective, it assists in the development of symbolic thinking; from the social perspective, it assists in the development of self-regulation, the exploration of social roles, and the negotiation of the meaning of those roles vis-à-vis the development of self. Finding ways to incorporate play into teaching can be difficult, but we have listed 5 awesome games to help support learning and creativity for children in K-12.

Creativity is a process. It is a way of actively understanding how the world works. Creativity plays with ideas, generates new ideas and organises and refines them. It uses ‘content’ – knowledge and facts – as fuel to fire the imagination. Because the world is changing so rapidly in so many ways, it is imperative that we empower our children to inherit the future successfully. Key elements of creative thinking – thinking that generates new associations, ideas and insights – are the facilities we have to link previously disparate thoughts and to look at ideas in different ways (what is often called ‘thinking outside the box’). Creative thinking can and should be enjoyable. Children should feel good when they have new ideas. Thus, I emphasise the importance of fostering the attitude of curiosity and playfulness within the creative thinking environment.

1. Find pictures of animals’ feet and ask children to draw what they think the creatures’ footprints would look like. Show video footage of animals walking and running and have the children work out what their tracks would be like.

2. Do it the other way around. Show pictures of animal tracks and help children to speculate about what the animals might look like.

3. Get the children to draw made-up creatures and monsters. Swap drawings and decide what your creature’s footprints would look like.

Quality questioning is a key component of developing children’s creativity and thinking. Quality questions open up thinking by giving children more ways of handling ideas. This allows knowledge to become information supported by understanding, by the child’s ownership of ideas and by an increasing sense of authority in discussing those ideas. Once children realise that many kinds of questions exist, and are unafraid of asking questions, they have grasped the basic principles of quality questioning.

1. Turn a question mark upside down and it becomes a hook – on which to hang more questions, and on which to catch the interest of young learners. Use this idea to make the following:

2. Question mobile. This might consist of a big open question on which are hung subsidiary questions. The structure of the mobile can be designed beforehand, but if time is short and an actual 3D mobile is not practical, the technique works just as well as a ‘question pyramid’ on paper.

3. Question tree. Again, this idea can be made more tactile by using an artificial Christmas tree or any small sapling outside. You might want the children to cut out paper leaves on which to write their questions. Alternatively, the idea makes a striking wall display. The branching structure of the tree is especially apt to demonstrate that some questions have multiple answers and can give rise to many further questions. The tree metaphor also suggests that all questions have their roots in the soil of natural curiosity and grow ‘organically’ as we enquire, experiment, investigate and learn more.

We are all creative in the sense that we can think things that we have never connected before in our minds and have the ability to look at ideas in many ways. We also have an inbuilt curiosity – we are all naturally nosy. These predispositions depend as much upon conscious reasoning as they do upon the subconscious processing that gives rise to ‘Eureka’ moments of sudden insight.

1. Choose an object (for example, a house) and write it on a sheet of paper. Choose one child to be the artist. They stand by the board with his drawing implement at the ready.

2. Next choose the instructor. Show the instructor what you have written on the paper. The instructor’s job is to describe the object in an ‘abstract’ way with-out using the names for things – such as window, door, chimney, wall, etc. As the instructor speaks the artist draws based on what they say

3. The artist should not ask any questions but simply carry out the instructions based on their best interpretation of them.

4. The child who correctly guesses or works out the answer as the object is drawn can take a turn.

The children we teach, will inherit not only the problems that previous generations have left behind but must also address new challenges that the future will doubtless bring. With this in mind, giving children strategies for tackling problems of all kinds must surely be one of the fundamental aims of any educational system worthy of the name.

1. This is a well-known technique for exploring issues and areas of argument. Discuss a chosen issue beforehand. Now divide the class into two groups, each group supporting an opposite viewpoint.

2. Each child will become responsible for an idea that supports his group’s stand-point. It may be an opinion, fact or belief.

3. Tell the children that soon they will be asked to present their argument to another group. Ask them to decide in which order they will present the ideas supporting their standpoint.

4. When this has been done, use a large open space and have the children stand in two lines facing one another. The children in each line are to stand in the order they have previously agreed.

5. Invite the children from the ‘guest group’ to walk slowly between the two lines. As they do, your children must whisper their ideas to the passing guests. Once the guest group have walked through decision alley, ask them if what they have heard:

6. As a plenary, have all of the children involved in the game discuss the whole issue as they analyse the veracity and persuasive power of the ideas they have experienced.

Children’s ability to manipulate language is a measure of their ‘linguistic intelligence’. Language is not set in stone. It is a flexible, fluid, ever-evolving thing. Words appear, change and vanish as the world itself changes. The usefulness of language is a function of its effectiveness in communicating within a range of contexts. A creative approach to language – wordplay – will develop our children’s ability to use words powerfully. This must be rooted in the realisation that linguistic structures and styles are like a box of instruments, and that the linguistically intelligent child knowingly chooses a particular instrument to do a particular job.

1. Using examples like Honest John, Diamond Mick and Light-footed Louisa as examples, make two lists, one of first names and the other of adjectives and adjectival phrases.

2. Have the children cross-match adjectives with nouns, select the ones that work best and make up stories as to how those characters acquired their names. You can also ask the children to attach suitable adjectives to their own first names in a way that reflects some positive quality – Sunny Steve, Enthusiastic Emma, Resourceful Ramesh, etc.

This article showcases just a few games which you can incorporate into your classrooms. For more insight into teaching creativity and an extensive list of interactive activities, check out Steve Bowkett's Jumpstart: Creativity. 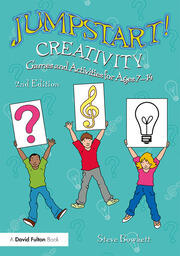 Jumpstart! Creativity contains over 70 games and activities that any primary teacher can use to quickly and easily boost students’ creative and critical thinking skills, allowing their thinking to flourish. Filled with practical, fun-packed and easy-to-do activities, Jumpstart! Creativity is an essential companion to any primary teacher looking to inspire creativity and independent thinking in their students.

Get a free creative writing toolkit 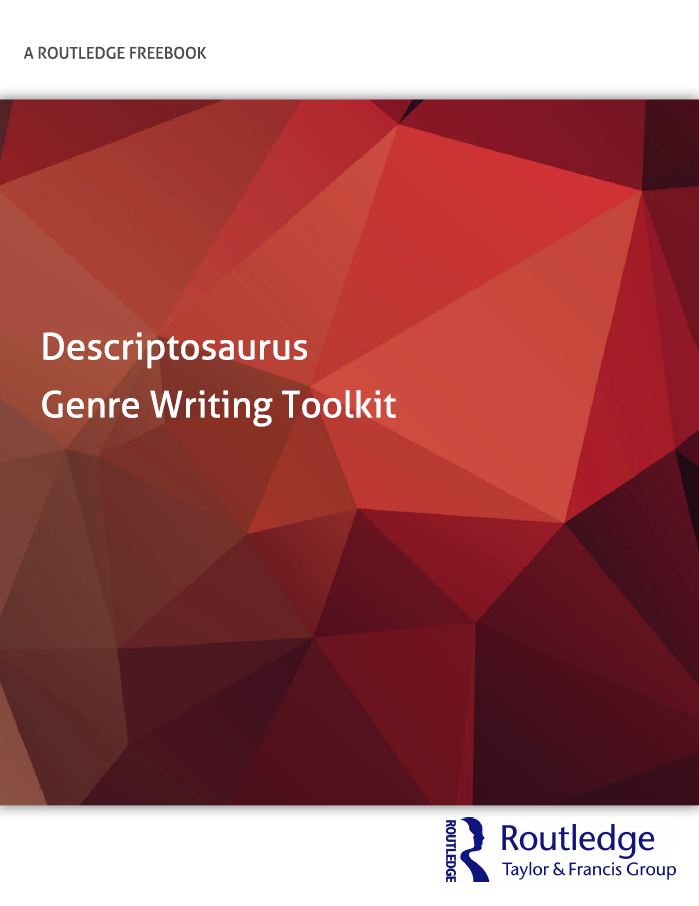 Get your toolkit today

The Jumpstart! books contain ‘quick-figure' ideas that could be used as warm-ups and starter exercises; as well as extended into lessons. Each book has more than 50 inspiring games and activities for Key Stage 1 or Key Stage 2 classrooms. Practical, easy-to-do, and entertaining, the ‘jumpstarts’ will appeal to busy teachers in any primary school.