Franz Boas (1858-1942) is remembered today primarily as an ethnographer of Indigenous Americans and as the ‘Father of American Anthropology’. His enduring legacy, however, is that he turned anthropology to confront the question of race and, through his writing and activism, to combat racism itself. Fundamental to Boas was that anthropology should bring about social change and his arguments on race featured in the landmark Supreme Court decision in 1954 that rejected the “separate but equal” doctrine. An inspirational teacher and mentor, his students included celebrated anthropologists such as Margaret Mead, Ruth Benedict and the novelist Zora Neale Hurston.

Boas’s revolutionary contention was that humankind, at both individual and population or group levels, manifested a species-wide mental capacity whose surface form was honed by local circumstances combined in unique patterns but with causes that operated in diverse combinations across time and space. A staunch empiricist, fundamental to Boas’s view was that as human beings were subject to change relative to their circumstances or culture, so the facts about human beings change too. Hired by a Congressional Committee in 1911 to study the bodily form of the children of recent European immigrants, Boas’s exemplar of this process was race in America. Boas found that, contrary to those who believed in immutable differences between races, that there was already considerable difference in bodily shape between those born to immigrant parents soon after arrival in the United States and those born only ten years later. Change in bodily form was far from fixed and subject to change by the environment.  By 1938 he directed the same arguments again the rising tide of anti-Semitism and racism in Nazi Germany, where he later found his books banned. His aid to support and resettle scholars endangered by both WWI and the encroachment of WWII put this commitment into practice.
The very distinction between race and racism burst into public attention with Franz Boas’s meticulous deconstruction of biology and culture as explanations of human diversity.  His stature as public intellectual rests on standing above the particulars of any single instance to frame his argument in potential application to any subject or crisis. Boas situated Anthropology as the methodological lens for a new way of looking at social ills of his own world that persist into our own tumultuous times. Because his method is transportable across time and space, his words are as relevant today as they were when he wrote Anthropology and Modern Life in 1928. The modernity of his title transposes easily to whatever is “modern” in the eyes of a contemporary reader.
Trained in physics in his native Germany, Boas approached his work for the U.S. Census Commission in 1910-12 as a scientist, amassing unassailable empirical evidence invalidating the anthropometric measurements understood in the early 20th century as infallible markers of race that could not be modified by experience or education.  Boas’s data documented that head-form ratios could change, in directions unique to each immigrant population sampled, within a single generation after immigration to America, thereby rendering “stable racial types” meaningless.
Eugenicist contemporaries like Madison Grant expected results that would justify exclusion of non-Aryan immigrants and were appalled. Throughout his six-decade career, Boas deployed scholarship to empower citizens in defense of a small set of universal values expressed in terms of local civilizations.  Undaunted by establishment rebuff, and characteristically willing to take unpopular positions at personal and professional cost, Boas went on to develop the argument that biological facts could not explain the observed “plasticity.”  This required him to look elsewhere for an explanation of social inequality. After 1910, therefore, he transposed plasticity from the domain of race to that of racism which was by definition a complex amalgam of culture, environment, and history requiring investigation in each case.  The explanatory power of non-biological arguments for physical and mental deficit demonstrated that biology and culture were two sides of the same coin. This empirically based distinction would prove fundamental to all further debates about race and racism.

Boas did not restrict himself to academic arguments and called for far-reaching societal change based on science.  He deployed anthropology’s characteristic ethnographic method to understand cultures from the inside, from what he called “the native point of view.” His firsthand fieldwork with Eskimo (now called Inuit), the Kwakiutl (Kwakwaka’wakw) and other Northwest Coast languages recorded texts based on the expertise and local knowledge of Indigenous collaborators and trained them in his scientific method.  His long-term collaboration with Lakota Sioux linguist and ethnographer Ella Cara Deloria and Nez Perce legal and political theorist Archie Phinney led inexorably to Boas’s interventions in policy and administration under John Collier’s American Indian New Deal in the 1930s.
Nor did Boas restrict himself to Native Americans.  His activist alliance with W.E.B. Du Bois espoused an Afro-American pedagogy of empowerment and self-realization; his mentorship of novelist and sometime ethnographer Zora Neale Hurston engaged him with the cultural maelstrom of the Harlem Renaissance.  His student Melville Herskovits documented rich African and Caribbean traditions devalued by the American mainstream.  Manuel Gamio pursued a Boasian agenda in his native Mexico after a doctorate with Boas.
Anthropology and Modern Life exhorts readers to discover the emancipatory power of critical thinking, to reject comfortable stereotypes and embrace its often daunting and disorienting “freedom.”  His activism was based in reflexivity, honed by awareness that the characteristic methods of anthropology provide a method to challenge inherited beliefs by providing examples of times and places where societal arrangements have been otherwise. It was not necessary to become an anthropologist but rather to think like an anthropologist about the world around and to accept responsibility for its ameliorization.  The goals of plasticity and complex causality in the absence of known outcomes or guaranteed success were challenges that citizens must accept and use to guide their actions.
Few arguments about race and racism from the interwar years have stood the test of time. In his clarion challenges to Nazi racism at the end of his life, Boas maintained his lifelong position that biological race was not set in stone.  Citizens could choose the values of science over those of patriotism, nationality and ethnicity and call institutions to account for systemic racism through individual and collective values.
Boas emphasized open-ended process with the outcome not known in advance but with an entailed need to risk commitment. At stake was the fate of civilization, whose cycles of open and closed societies and governmental structures imposed on them have persisted.  As I write these words, we too do not know what will happen next, but a new generation will look back and judge what we learned from Boas and those who have taken up his challenge over the generations. 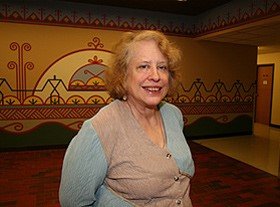 The post is by Regna Darnell, who wrote the new foreword to the Classics edition.  She is Distinguished University Professor, Western University, Canada. 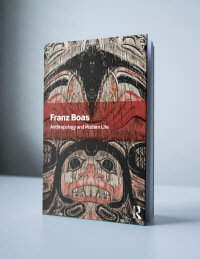