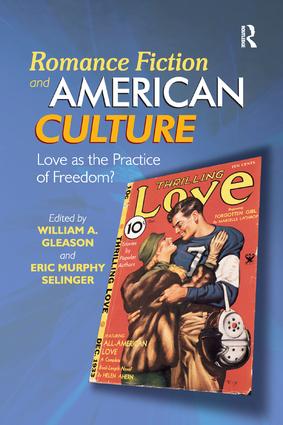 Love as the Practice of Freedom?, 1st Edition

Since the 1970s, romance novels have surpassed all other genres in terms of popularity in the United States, accounting for half of all mass market paperbacks sold and driving the digital publishing revolution. Romance Fiction and American Culture brings together scholars from the humanities, social sciences, and publishing to explore American romance fiction from the late eighteenth to the early twenty-first century. Essays on interracial, inspirational, and LGBTQ romance attend to the diversity of the genre, while new areas of inquiry are suggested in contextual and interdisciplinary examinations of romance authorship, readership, and publishing history, of pleasure and respectability in African American romance fiction, and of the dynamic tension between the genre and second wave feminism. As it situates romance fiction among other instances of American love culture, from Civil War diaries to Bob Dylan’s Blood on the Tracks, Romance Fiction and American Culture confirms the complexity and enduring importance of this most contested of genres.

'Romance Fiction and American Culture brings together a series of smart, thought-provoking essays on the many aspects of American romance fiction, including the business of its production, its long history, and its aesthetics. The volume will be of interest to everyone who is intrigued by this most popular of American genres.' Janice A. Radway, Northwestern University, USA 'This significant collection of essays examines how the romance genre developed in the United States, drawing on disparate and often unfamiliar texts that demonstrate the capaciousness and resilience of the popular romance in addressing social and political concerns.' Kay Mussell, American University, USA