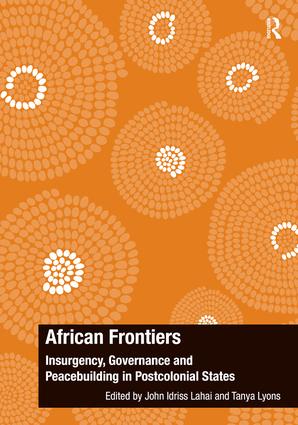 Through a multidisciplinary approach, African Frontiers counters the superficial, Eurocentric and gender insensitive dominant discursive representation of Africa within the discourse of war and conflict management, and security and peace/nation-building. The chapters historicize and theorize the realities in postcolonial African states, and the ramifications on the continents future. Situating the study within the context of the prevailing cultural and geo-political realities in the postcolonial African states, the chapters illustrate the complex ways in which events and processes are experienced at the local level, and how these local realities in turn impact and shape the patterns of political and military engagement in Africa and beyond. Organized along three major themes: Insurgency, governance and peacebuilding, expert researchers from around the world contribute chapters on: Rebel and insurgent formations such as the RUF, the LRA, and Boko Haram; state governance and corruption; terrorism and counter terrorism; security and peacebuilding; focussing on the tensions and challenges facing post-conflict societies such as Sierra Leone, Rwanda, and the newest nation-state on the continent, South Sudan. This highly significant and topical study problematizes the impact of wars on African nations, as well as the epistemological framing of the local realities and fallouts of armed conflict on post-colonial states.

’This is more than just another book on insurgency, governance and peacebuilding in Africa. Its ingenuity is grounded upon the lucidity with which unpretentious but disparate facts about Africa's postcolonial challenges are assembled into a comprehensible, multi-disciplinarily logical unity. Indeed, the book has set the bar very high for similar works that will follow.’ Abdul Karim Bangura, Howard University and American University's Center for Global Peace, USA ’This book offers the most comprehensive scholarly lens for understanding the internal and external geopolitical, economic, and cultural challenges that have dominated the postcolonial era in Africa. Superbly woven into the narratives are detailed analyses of the causes of the stunted economies brought about by the persistence of violent armed conflicts and the peace-building strategies to resolve these conflicts. An illuminating and thought-provoking book highly recommended for Africanist scholars.’ John A. Arthur, University of Minnesota, Duluth, USA

John Idriss Lahai is a Visiting Research Scholar at Flinders University, South Australia. He was awarded his PhD at the University of New England, Australia. Much of Dr. Lahai's research and applied work has investigated the experiences of vulnerable groups on the margins of society. Tanya Lyons is the President of the African Studies Association of Australasia and the Pacific, the Editor of the Australasian Review of African Studies, and a Senior Lecturer specialising in teaching African Political History at Flinders University, Australia.

The Ashgate Plus Series in International Relations and Politics

The Ashgate Plus Series in International Relations and Politics