The new edition of Abstract Algebra: An Interactive Approach presents a hands-on and traditional approach to learning groups, rings, and fields. It then goes further to offer optional technology use to create opportunities for interactive learning and computer use.

This new edition offers a more traditional approach offering additional topics to the primary syllabus placed after primary topics are covered. This creates a more natural flow to the order of the subjects presented. This edition is transformed by historical notes and better explanations of why topics are covered.

This innovative textbook shows how students can better grasp difficult algebraic concepts through the use of computer programs. It encourages students to experiment with various applications of abstract algebra, thereby obtaining a real-world perspective of this area.

This text does not sacrifice mathematical rigor. It covers classical proofs, such as Abel’s theorem, as well as many topics not found in most standard introductory texts. The author explores semi-direct products, polycyclic groups, Rubik’s Cube®-like puzzles, and Wedderburn’s theorem. The author also incorporates problem sequences that allow students to delve into interesting topics, including Fermat’s two square theorem.

"The textbook gives an introduction to algebra. The course includes the explanation on how to use the computer algebra systems GAP and Mathematica …The book can be used for an undergraduate-level course (chapter 1-4 and 9-12) or a second semester graduate-level course."
—Gerhard Pfister, Zentralblatt MATH 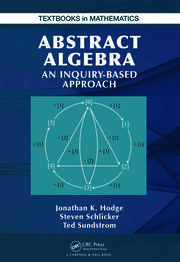 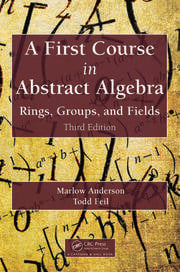