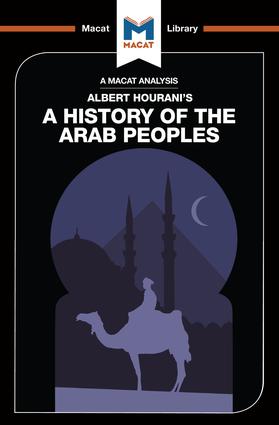 An Analysis of Albert Hourani's A History of the Arab Peoples

Few works of history make as well-structured a case for the importance of studying continuity, rather than change, than Albert Hourani's A History of the Arab Peoples.

Hourani’s work had three major aims: to refute the idea that Arab society stagnated between 1000 and 1800; to study the period through the lens of diverse Arab, rather than Muslim, history; and to stress intellectual and cultural continuity. All of these intentions were the product of the author’s evaluation of a great mass of secondary sources, many of them devoted to arguing for ideas that contradicted his, and it demanded considerable skill to synthesize from them a coherent and well-evidenced counter-argument.

Hourani was able to do this largely because his grasp of the relevance and adequacy of his predecessors' arguments was second to none; his achievement lies in his ability to reject the reasoning of other historians while still making good use of their evidence. In this task, he was aided by an interpretative skill almost equal to his powers of evaluation; A History of the Arab Peoples is also a monument to the importance of properly understanding the meaning of available evidence.

Who was Albert Hourani?

What does A History of the Arab Peoples Say?

Why does A History of the Arab Peoples Matter?

Dr J.A.O.C. Brown was awarded his doctorate by the University of Cambridge for a thesis on Anglo-Moroccan Relations in the 18th and 19th centuries.

Dr Bryan Gibson holds a PhD in International History from the London School of Economics (LSE) and was a Post- Doctoral Research Fellow at the LSE’s Centre for Diplomacy and Strategy and an Instructor on Middle Eastern Politics in the LSE’s Department of International History and the University of East Anglia’s Department of Political, Social and International Studies (PSI). He is currently on the faculty of Johns Hopkins University and is the author of Sold Out? US Foreign Policy, Iraq, the Kurds and the Cold War (Palgrave Macmillan, 2015).