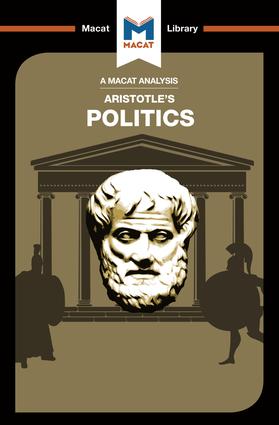 An Analysis of Aristotle's Politics

Aristotle remains one of the most celebrated thinkers of all time in large part thanks to his incisive critical thinking skills. In Politics, which can be considered one of the foundational books of the western political tradition, the focus is on problem-solving, and particularly on the generation and evaluation of alternative possibilities.

Aristotle’s aim, in Politics, is to determine how best to organize a society. He looks in turn at several different type of organization – kingship, oligarchy and the polity, or rule in the hands of many – and evaluates the arguments for each in turn. But he takes the exercise further than his predecessors had done. Having concluded that rule by the aristocracy would be preferable, since it would mean rule by citizens capable of taking decisions on behalf of the society as a whole, Aristotle subjects his solution to a further checking process, asking productive questions in order to make a sound decision between alternatives.

Politics was ground-breaking in its approach. Unlike previous thinkers, Aristotle based all his ideas on a practical assessment of how they would play out in the real world. Ultimately, Aristotle argues, the problem of self-interest means that the adoption of a mixed constitution – one based on carefully considered laws which aims at a balance of power between the people and the elite – is most likely to bring eudaemonia (happiness). It’s a conclusion firmly based on careful evaluation (not least the process of judging the adequacy of arguments) and the product of outstanding problem-solving skills.

What does Politics Say?

Why does Politics Matter?

Katherine Berrisford is researching a PhD thesis in political theory at the University of Exeter.