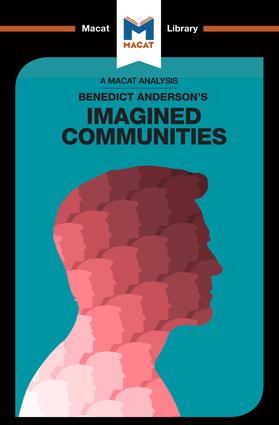 Benedict Anderson’s 1983 masterpiece Imagined Communities is a ground-breaking analysis of the origins and meanings of “nations” and “nationalism”.

A book that helped reshape the field of nationalism studies, Imagined Communities also shows the critical thinking skills of interpretation and analysis working at their highest levels. One crucial aspect of Anderson’s work involves the apparently simple act of defining precisely what we mean when we say ‘nation’ or ‘nationalism’ – an interpretative step that is vital to the analysis he proceeds to carry out. For Anderson, it is clear that nations are not ‘natural;’ as historians and anthropologists are well aware, nations as we understand them are a relatively modern phenomenon, dating back only as far as around 1500. But if this is the case, how can we agree what a ‘nation’ is? Anderson’s proposed definition is that they are “imagined communities” – comprising groups of people who regard themselves as belonging to the same community, even if they have never met, and have nothing in common otherwise.

The analysis that follows from this insight is all about examining and breaking down the historical processes that helped foster these communities – above all the birth of printing, and the development of capitalism. Brilliantly incisive, Anderson’s analysis shows how good interpretative skills can form the foundations for compelling and original insight.

Who was Benedict Anderson?

What does Imagined Communities Say?

Why does Imagined Communities Matter?