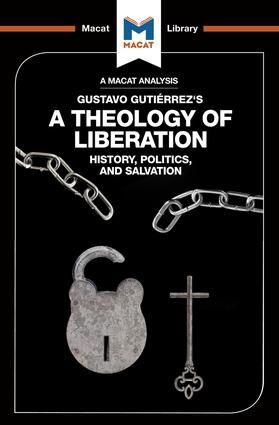 An Analysis of Gustavo Gutiérrez's A Theology of Liberation

Peruvian priest Gustavo Gutiérrez wanted to solve the problem of how the church could conduct itself to improve the lives of the poor, while consistently positioning itself as politically neutral. Despite being a deeply religious man, Gutiérrez was extremely troubled by the lukewarm way in which Christians in general, and the Catholic Church in particular, acknowledged and supported the poor. In A Theology of Liberation, he asked what he knew was an awkward question, and came to an awkward answer: the Church cannot separate itself from economic and political realities.

Jesus showed his love for the poor in practical ways – healing the sick, feeding the hungry, liberating the oppressed. His example showed Gutierrez that economic, political, social and spiritual development are all deeply connected. His problem-solving prowess then led him to conclude that the church had to become politically active if it was to confront poverty and oppression across the world. For Gutierrez, the lives of the poor and oppressed directly reflect the divine life of God.

Who was Gustavo Gutiérrez?

What does A Theology of Liberation Say?

Why does A Theology of Liberation Matter?

"Marthe Hesselmans is a doctoral researcher in Religious Studies at Boston University. Her research looks at the role of religion in shaping national identities during times of social change. "

Dr Jonathan Teubner holds a PhD in intellectual History from the University of Cambridge, focusing on the reception of St Augustine. He is currently Associate Director of the Initiative on Religion, Politics and Conflict at the University of Virginia.