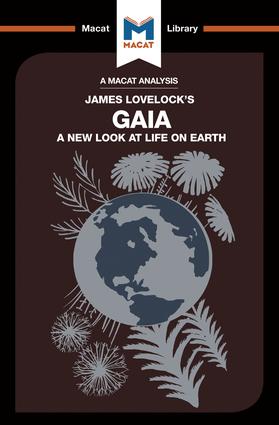 A New Look at Life on Earth, 1st Edition

Gaia: A New Look At Life on Earth may continue to divide opinion, but nobody can deny that the book offers a powerful insight into the creative thinking of its author, James E. Lovelock.

Published in 1979, Gaia offered a radically new hypothesis: the Earth, Lovelock argued, is a living entity. Together, the planet and all its separate living organisms form a single self-regulating body, sustaining life and helping it evolve through time. Lovelock sees humans as no more special than other elements of the planet, railing against the once widely-held belief that the good of mankind is the only thing that matters.

Despite being seen as radical, and even idiotic on its publication, a version of Lovelock’s viewpoint has found resonance in contemporary debates about the environment and climate, and has now broadly come to be accepted by modern thinkers. As man’s effects on the climate become increasingly extreme, more and more elements of the Earth’s self-regulation seem to be unveiled – forcing scientists to ask how far the planet might be able to go in order self-regulate effectively. Indeed, despite its far-fetched elements, Lovelock’s Gaia thesis seems to ring more convincingly today than ever before; that it does is largely a result of the critical thinking skills that allowed Lovelock to produce novel explanations for existing evidence and, above all, to connect existing fragments of evidence together in new ways.

Who is James E. Lovelock?

What does Gaia: A New Look at Life on Earth Say?

Why does Gaia: A New Look at Life on Earth Matter?