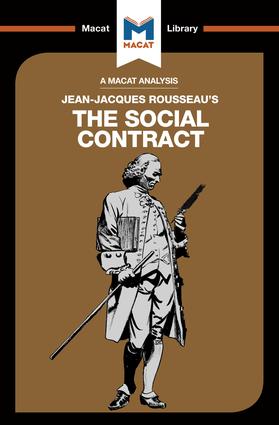 An Analysis of Jean-Jacques Rousseau's The Social Contract

Few people can claim to have had minds as fertile and creative as the French philosopher Jean-Jacques Rousseau. One of the most influential political theorists of the modern age, he was also a composer and writer of opera, a novelist, and a memoirist whose Confessions ranks as one of the most striking works of autobiography ever written. Like many creative thinkers, Rousseau was someone whose restless mind could not help questioning accepted orthodoxies and looking at matters from novel and innovative angles. His 1762 treatise The Social Contract does exactly that. Examining the nature and sources of legitimate political power, it crafted a closely reasoned and passionately persuasive argument for democracy at a time when the most widely accepted form of government was absolute monarchy, legitimised by religious beliefs about the divine right of kings and queens to rule. In France, the book was banned by worried Catholic censors; in Rousseau’s native Geneva, it was both banned and burned. But history soon pushed Rousseau’s ideas into the mainstream of political theory, with the French and American revolutions paving the way for democratic government to gain ground across the Western world.

Though it was precisely what got Rousseau’s book banned at the time, the novel idea that all legitimate government rests on the will of the people is now recognised as the core principle of democratic freedom and represents, for many people, the highest of ideals.

Who was Jean-Jacques Rousseau?

What does The Social Contract Say?

Why does The Social Contract Matter?

James Hill did his postgraduate research in Political Economy at King's College London.