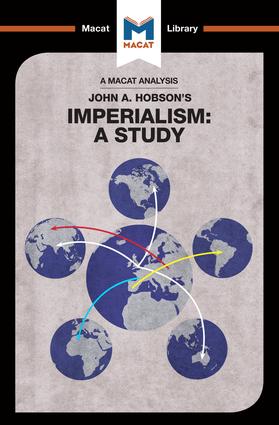 An Analysis of John A. Hobson's Imperialism

English economist John Hobson’s 1902 Imperialism: A Study was an epoch-making study of the politics and economics of imperialism that shook imperialist beliefs to their core.

A committed liberal, Hobson was deeply sceptical about the aims and claims of imperialistic thought at a time when Britain’s empire held sway over a vast portion of the globe. In order to critique what he saw as a falsely reasoned and immoral political view, Hobson’s book took a cuttingly analytical approach to the idea of imperialism – setting out to dissect and understand the arguments for empire before subjecting them to withering evaluation – a process that led him to the key insight that the then widely-accepted claim that imperialism was essentially a question of nationalism was, in fact, quite weak.

Instead, Hobson’s close analysis of the implicit and hidden reasons for imperialist projects demonstrated that, at root, they were all products of capitalism. It became increasingly clear to him that imperialism was less a political ideology, and more the product of the urgent need to open up new markets and remedy economic stagnation at home.

Deeply provocative at the time, Hobson’s book shows just how powerful the critical thinking skills of analysis and evaluation can be when applied to deconstruction of even the most widely accepted of ideas.

Who was John Atkinson Hobson?

What does Imperialism: A Study Say?

Why does Imperialism: A Study Matter?

Mentioned in the Text