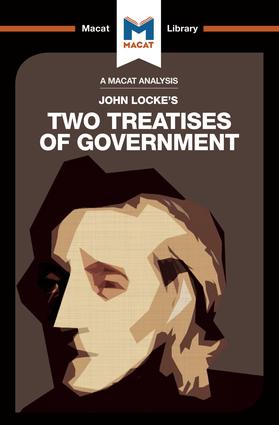 An Analysis of John Locke's Two Treatises of Government

John Locke’s 1689 Two Treatises of Government is a key text in the history of political theory – one whose influence remains marked on modern politics, the American Constitution and beyond.

Two Treatises is more than a seminal work on the nature and legitimacy of government. It is also a masterclass in two key critical thinking skills: evaluation and reasoning. Evaluation is all about judging and assessing arguments – asking how relevant, adequate and convincing they are. And, at its heart, the first of Locke’s two treatises is pure evaluation: a long and incisive dissection of a treatise on the arguments in Sir Robert Filmer’s Patriarcha. Filmer’s book had defended the doctrine that kings were absolute rulers whose legitimacy came directly from God (the so-called “divine right of kings”), basing his arguments on Biblical explanations and evidence. Locke carefully rebutted Filmer’s arguments, on their own terms, by reference to both the Bible and to recorded history. Finding Filmer’s evidence either to be insufficient or unacceptable, Locke concluded that his argument for patriarchy was weak to the point of invalidity.

In the second of Locke’s treatises, the author goes on to construct his own argument concerning the sources of legitimate power, and the nature of that power. Carefully building his own argument from a logical consideration of man in “the state of nature”, Locke creates a convincing argument that civilised society should be based on natural human rights and the social contract.

Who was John Locke?

What does Two Treatises of Government Say?

Why does Two Treatises of Government Matter?