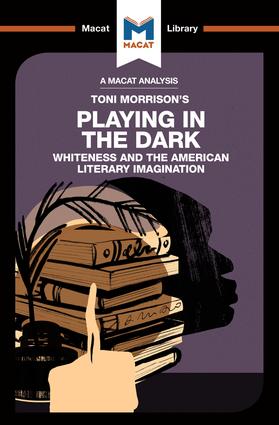 An Analysis of Toni Morrison's Playing in the Dark

Toni Morrison’s Playing in the Dark: Whiteness and the Literary Imagination is a seminal piece of literary criticism, and a masterclass in the critical thinking skill of interpretation.

Interpretation plays a vital role in critical thinking: it focuses on interrogating accepted meanings and laying down clear definitions on which a strong argument can be built. Both history and literary history in the US have frequently revolved around understanding how Americans define themselves and each other, and Morrison’s work seeks to investigate, question, and redefine one of the central concepts in American history and American literary history: color.. Morrison turned to the classics of American literature to ask how authors had chosen to define the terms ‘black’ and ‘white.’ Instead of accepting traditional interpretations of these works, Morrison examined the way in which ‘whiteness’ defines itself through ‘blackness,’ and vice versa. Black bondage and the myths of black inferiority and savagery, she showed, allowed white America to indulge its own defining myths – viewing itself as free, civilized, and innocent.

A classic of subtle and incisive interpretation, Playing in the Dark shows just how crucial and how complex simple-looking definitions can be.

Who is Toni Morrison?

What does Playing in the Dark Say?

Why does Playing in the Dark Matter?

Karina Jakubowicz is a doctoral student in English literature at University College, London.

Adam Perchard took his PhD in post-colonial literature at the University of York. He has been awarded research fellowships by Emory University, Atlanta, the Indian National Trust for Arts and Cultural Heritage, and the University of York, and currently teaches at Queen Mary, University of London. His current research focuses on disputing the discourses of cultural incommensurability emblematised and catalysed by the Rushdie Affair.