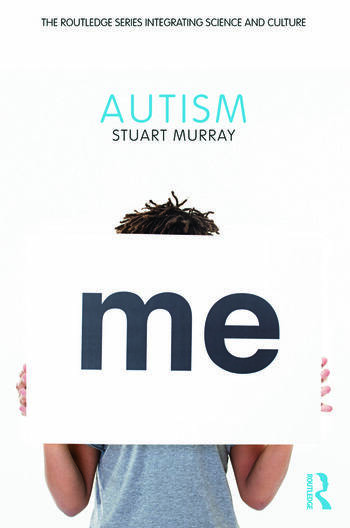 Autism is the first book on the condition that seeks to combine medical, historical and cultural approaches to an understanding of the condition. Its purpose is to present a rounded portrayal of the ways in which autism is currently represented in the world, It focuses on three broad areas: the facts of scientific research, including new ideas surrounding research into genetics and neuroscience, as well as the details of diagnosis and therapy; the history of the condition as it developed through psychiatric approaches to the rise of parent associations, neurodiversity and autism advocacy; and the fictional and media narratives through which it is increasingly expressed in the contemporary moment. Accessible and written in clear English, Autism is designed for student audiences in English, Disability Studies, Cultural Studies, History, Sociology, and Medicine and Health, as well as medical practitioners and the general reader. Autism is a condition surrounded by misunderstanding and often defined by contestation and argument. The purpose of this book is to bring clarity to the subject of autism across the full range of its manifestations.

Preface. Part One: The Facts. 1. What we Know… Or Don’t. 2. The body, the brain and the person: biology, neurology and self. 3. The detail of diagnosis. 4. Intervention and treatment: metaphors, objects and subjects. 5. The gender question and the nature of being. 6. Conclusion: after the fact. Part Two: Social, Cultural and Political Histories. 1. Autism before modern medicine. 2. The development of child psychiatry: Kanner and Asperger. 3. Psychoanalysis, Bruno Bettelheim, parents and blame. 4. Organization and Associations. 5. The rise of neurodiversity: demands, advocacy and legislation. 6. Cultural representations: outsider and insider accounts. 7. Conclusion: history in the making. Part Three: Major Controversies. 1. A lack of consensus. 2. Causing Autism. 3. Autism and the idea of the cure. 4. Conclusion: Autism and the human - again. Afterword: Autistic Presence.

Stuart Murray is Professor of Contemporary Literatures and Film and Director of Medical Humanities research in the School of English at the University of Leeds in the UK. He is the author of Representing Autism: Culture, Narrative, Fascination (Liverpool UP, 2008) and a number of articles on disability representation.

"Autism is currently a hot topic, the subject of intense discussion on the web, in the popular press, among medical researchers, and among scholars in the humanities and social sciences. This beautifully written and authoritative book engages most of the hot-button controversies around autism in a level-headed way, carefully distinguishing between the things we know for sure and the much larger collection of things we are still arguing about."—Joseph Straus, Graduate Center, City University of New York

"Stuart Murray's Autism offers an effective account of a disorder cast variously as epidemic, postmodern metaphor, media shibboleth, and false positive.  Murray demystifies many of the sources of these current beliefs about human variation while helping us to recognize the continuing exclusion faced by many with neurological differences."—David T. Mitchell, School of Education, Temple University

"In this lucid, engaging text, Stuart Murray surveys the many different ways that knowledge about autism has been shaped over more than a century. Autism is an invaluable resource for readers seeking a fully integrated conversation—drawing on medical, sociological, historical, filmic, and literary discourses—about disability and/in culture."—Robert McRuer, English, George Washington University

"What stands out about Autism is that the historical, personal, political, and scientific can all be found in one place....For those unfamiliar with autism, Murray’s book is an excellent introductory primer. I would definitely recommend it to my neighbors and friends as a comprehensive overview of my condition. For those already well-versed in autism discourse, Murray’s book is a proposal; a look at autism in all of its guises—as a political hot-button issue, a medical mystery, a popular culture staple, etc.--then merge these perspectives together and reconsider what you thought you knew."—Gyasi Burks-Abbott, Independent Autism Scholar

"The power of Autism, as an introductory account, is its attempt to engage seriously with the descriptions and understandings produced about autism from within the life sciences, while maintaining a commitment to the delicate webs of culture and interpretation within which those understandings are invariably entangled."—Des Fitzgerald (2013): Autism, Ignorance, and Love, Science as Culture, DOI:10.1080/09505431.2012.742501

"Murray's Autism must first be praised for its accessibility. At little more than a hundred pages, it is thoroughly approachable, even for the uninitiated, and the style engages academic and theoretical issues with clarity as well as rigor. While the book is accessible to general readers, Murray's expertise is unquestionable." - Journal of Literary & Cultural Disability Studies, Volume 8, Issue 3, 2014, pp. 366-9 http://muse.jhu.edu/journals/jlc/summary/v008/8.3.rodas.html