This book provides insight for researchers and decision-makers on the application of data in the entrepreneurship and sustainable development sector. This book covers how Big Data for Industry 4.0 and Entrepreneurship are effective in resolving business, social, and economic problems.

The book discusses how entrepreneurs use big data to cut costs and minimize the waste of time. It offers how using big data can increase efficiency, enables the studying of competitors, can improve the pricing of products, increase sales and loyalty, and can ensure the right people are hired. The book presents how decision-makers can make use of big data to resolve economic and social problems. Analyze the development of the economy and enhance the business climate.

This book is for researchers, PhD students, Entrepreneurs, and can also be of interest for transformation of governments and businesses.

Mohammed El Amine Abdelli is a Researcher at the University of Western Brittany and The Technical University of Cartagena. He is a member at Western Economics and Management Laboratory -LEGO and an Associate Researcher at the University of Salamanca (Spain). Mohammed El Amine's research interests focus on Big Data, Entrepreneurship, Governance, Innovation, and Sustainable Development. He is an editor of several books. He was a guest editor of 11 high-quality journals (Scopus) and Published 15 papers between chapters and articles. He is an invited speaker in international universities and an academic member of a committee member of several international conferences in the UK, Tunisia, India, China, Turkey, and Estonia. He is an editorial board member of + 20 indexed journals (Scopus).

Wissem Ajili is a member of the scientific Broad of the Journal of Entrepreneurship Education, a reviewer in the African Development Review, in the Business and Management Research Journal, and the Net Journal of Business Management. Dr. Ajili had presented her research findings in many international conferences such as the American Association's Annual Meeting and the Canadian Economics Association's Annual Meeting.

Özgöker was born in 1963, in Paris. He studied primary school at Ankara Private Ayşeabla Primary School, secondary school and first year of high school at Ankara Private Tevfik Fikret High School. He finished his high school education at Istanbul Fenerbahçe High School. After two years of undergraduate study in department of Physics at Boğaziçi University, he received his Bachelor of Arts degree in International Relations department of the Faculty of Economics at Istanbul University in 1987 with distinction. He obtained his Master’s degree in 1988 in the field of Economic Structure of the European Community at Istanbul University and then earned a Doctor of Philosophy degree in International Relations in 1994 from the same university. Özgöker received the rank of Associate Professor from the Turkish Inter-University Council (UAK) in 2012 in the field of Political Life and Institutions. He became a full Professor in International Relations department at Istanbul Arel University in 2017. He currently works as Head of IR Department and Coordinator of Foreign Relations and ERASMUS Office and Director of Youth Activities Centre at Istanbul Arel University.

He served as Chief of Public Relations and Marketing Directorate of Istanbul University Rectorate in 1987, as Research Assistant in department of International Relations of the Faculty of Economics at Istanbul University in 1988, as Vice President of Istanbul University European Community Program and Secretary General of Political Science and International Relations Research Center in 1990. Özgöker also assumed the position of Deputy Manager of International Relations Office and Deputy Manager of European Union Application and Research Center in Istanbul University in 1993. He then moved to the public sector and served as the Chief Advisor to the State Minister in charge of Customs Undersecretary and Privatization Administration between 1994 and 1995. He undertook the posts of Training Manager and Manager of International Relations Office of Competition Authority between 1998 and 2003. In the course of his last position, Özgöker attended to the Competition and Trade Committee meetings of World Trade Organization (WTO) and Organisation for Economic Co-operation and Development (OECD) in Geneve and Paris and organized training programs on European Union (EU) Competition Law and Politics and Industrial Economics for the specialists of the Competition Authority in cooperation with Bruges College of Europe and Economics department of London City University. He also organized certified training programs on "Free Market Economy and Competition Rules" in many cities for lawyers, industrialists and businessmen together with the Turkish Bar Association and bars and chambers of trade and industry from various cities in Turkey. He also carried out weekly certified training programs on "Free Market Economy and Competition Rules" in collaboration with Turkish Cooperation and Coordination Agency (TIKA) for high-ranking economy bureaucrats, presidents and directors of competition authorities of 15 Eurasian countries stretching from Mongolia to Macedonia. The training programs conducted with Bruges College of Europe and TIKA were featured in annual reports of the OECD as the activities of Turkey.

He also organizes EU-Certified training programs to public and private sector executives in cooperation with the Bruges College of Europe which trains Eurocrats for European Commission.

Özgöker served as Project Partner in "Istanbul Chamber of Industry- EU School" project financed by the EU and carried out by a consortium of Polish Chamber of Commerce, Hungarian Chamber of Commerce and Industry, Kadir Has University and Economic Development Foundation under the aegis of Istanbul Chamber of Industry and lectured a course on EU Institutions and Competition and State Aids. He also worked as International Trade and International Relations Advisor in 2006 in the project of "Modernization of Customs Services of Azerbaijan" financed by the EU and implemented by the United Nations Development Programme (UNDP).

Özgöker also served as the editor of 35 books mostly related to the EU issues. He presented several papers in local and international academic meetings and published several academic articles.

is an assistant Professor in Finance and Accounting at the Upper-Alsace University-UHA (France). She is currently the head of the International Business Management program at the Upper-Alsace University, Duale Hochschule Baden-Württemberg Lörrach - DHBW (Germany) and the Fachhochschule Nordwestschweiz – FHNW in Basel (Switzerland). She holds a Ph.D. in Business Administration (Accounting) from Grenoble Alps University. Dr. Ben Slimene research interests are in financial reporting, corporate governance, and audit regulation. She is particularly interested in how economic, behavioral, regulatory, and political factors affect management decision-making processes. Her research has been funded by the order of the Accountant, the French National Association of Chartered Accountants, and the Francophone Association of Accounting.  She is also interested in Risk management, Digital disruptions in accounting and finance (Fintech, Blockchain, cryptocurrencies.), and Islamic Finance. Imen Ben Slimene is a member of the scientific Broad of the Journal of Entrepreneurship Education, a reviewer in many journals. Dr. Ben Slimene research findings have been presented at numerous conferences such as the European Accounting Association conference, the American Accounting Association conference, and the European Auditing Research Network. 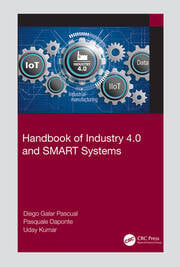 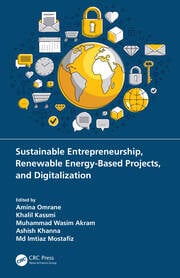