Biology, Chemistry and Applications of Apocarotenoids

Biology, Chemistry and Applications of Apocarotenoids

Carotenoids are a large class of isoprenoid pigments produced by plants and certain microbes. More than 700 naturally occurring carotenoids have been identified. Apocarotenoids are tailored from carotenoids by oxidative enzymes. Apocarotenoids act as visual or volatile signals to attract pollinating and seed dispersal agents. They are also the key players in allelopathic interactions and plant defense. Biology, Chemistry and Applications of Apocarotenoids provides detailed account of the fundamental chemistry of apocarotenoids and the basic methods used in carotenoid research, and critical discussions of the biochemistry, functions, and applications of these important compounds. Topics covered in the proposed book include various aspects of the roles of apocarotenoids in colour and colouration, photosynthesis and other photofunctions and protection. The formation and roles of carotenoid metabolites and breakdown products as perfume/aroma compounds are also be outlined.

This book has been written by leading experts in apocarotenoid research and gives a comprehensive overview on the diversity of apocarotenoid compounds and would serve as a reference book for researches in Plant Physiology, Molecular Biology, Biochemistry, Biophysics and Medicine.

Apocarotenoid Molecules Are Continuously Being

An Approach to Vitamin A and Retinoids and Their Importance

An Overview of the Role of Abscisic Acid (ABA):

Apocarotenoids Accumulating in Roots during the Arbuscular

Dr. Ramamoorthy Siva is a professor and head of the Department

of Biotechnology, Vellore Institute of Technology (VIT), India. He

received his undergraduate and postgraduate degrees in plant science

from Madurai Kamaraj University, India. He carried out his PhD in

at Bharathidasan University, India. He did his

and pigments biology. For more than 15 years he has carried

out extensive research on plant dyes and pigments. He is the recipient

of prestigious MASHAV fellowship from Ministry of Foreign Affairs,

Israel at the Institute of Applied Research, Ben Gurion University of

the Negev, Israel (2004). Dr. Siva has been recognised for his contributions at the international

level in the field of Biotechnology and has been honoured by University of Colombo, Sri Lanka

(2011) and recipient of "Young Scientist" project supported by DST, India. He is involved in popularizing

biological aspects with the support of Science Academies, India since, 2009. Dr. Siva has been

projects. Dr. Siva is an IUCN species commission member for medicinal plants. He was nominated

as Fellow of Linnean Society (FLS), London in 2013; Elected as a Fellow of Royal Society of

as the "Young Scientist of the Year"(2017) by Tamil Nadu Academy of Sciences, Chennai and was

awarded the International Visiting Fellow, University of Essex, UK (2017). He has published more

than 100 manuscripts in reputed peer reviewed journals with high impact factor. Currently, he is the

Bioprospecting (Springer) and the Academic Editor of PLoS One and Peer J.

earned her PhD in plant physiology and

is senior researcher in molecular biology of plant carotenoids at the

Biochemistry and Molecular Biology Unit of the Scientific Research

CICY). Her research line is metabolic engineering and plant genetics.

orellana (achiote), a plant which produces bixin, a worldwide valued

mechanisms that control carotenoid production in higher plants, as well as on genetic variability,

tools. Dr. Rivera’s main contributions to the knowledge of the molecular genetics of Bixa orellana

and the molecular bases for its improvement are acknowledged at national and international level.

Her publications, and her studies on the expression and regulation of the genes involved in the

synthesis of carotenoids and bixin, are considered the basis for molecular genetic characterization.

institutions and has authored more than 30 peer reviewed papers in specialized journals. As an

three post-doctorates. She has evaluated projects summited to the National Council for Science and

for the special issue on "Interactions between Biochemical Pathways

earned his PhD from Vellore Institute of

of Integrative Biology, School of Biosciences and Technology. His

with prior in-depth knowledge and experience in molecular modelling,

development and construction of various biological databases. He has 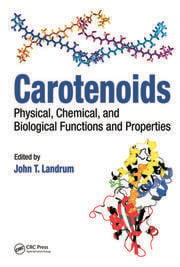 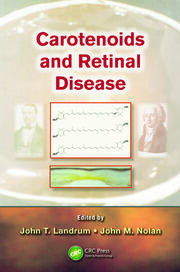 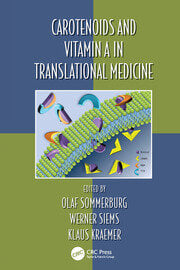