Buddhist and Christian?
An Exploration of Dual Belonging 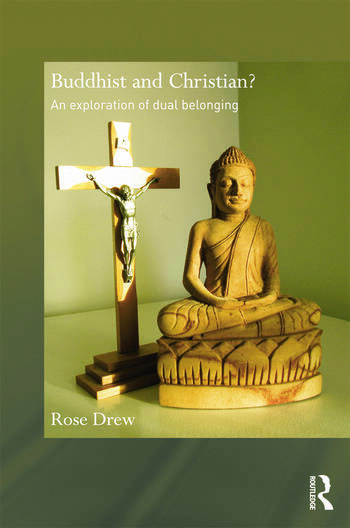 Buddhist and Christian?: An Exploration of Dual Belonging

The last century witnessed a gradual but profound transformation of the West's religious landscape. In today's context of diversity, people are often influenced by, and sometimes even claim to belong to, more than one religious tradition. Buddhism and Christianity is a particularly prevalent and fascinating combination. This book is the first detailed exploration of Buddhist Christian dual belonging, engaging - from both Buddhist and Christian perspectives - the questions that arise, and drawing on extensive interviews with well-known individuals in the vanguard of this important and growing phenomenon.

The book looks at whether it is possible to be authentically Buddhist and authentically Christian given the differences in beliefs and practices. It asks whether Buddhist Christians are irrational, religiously schizophrenic or spiritually superficial; or whether the thought and practice of Buddhism and Christianity can be reconciled in a way that makes possible deep commitment to both. Finally, the book considers whether the influence of Buddhist Christians on each of these traditions is something to be regretted or celebrated.

Rose Drew has lectured in interfaith studies and Buddhism at the University of Glasgow and in 2011 held a research scholarship at Uppsala University, Sweden. She currently manages a new project for UK charity Interfaith Scotland that supports and develops positive interfaith relations

"Inter-religious learning has been described as a passing over to another religion and a return to one’s own with new eyes. What happens when, through passing over, you discover the other religion is not truly other but also your home? While multiple religious participation and belonging are common in Asia, they have not been prominent in the West until the coming of Buddhism generated a new trend of Buddhist-Christian and Buddhist-Jewish practice and dual belonging. Rose Drew’s book is by far the most in-depth, thorough and thought-provoking study of this revolutionary cultural development. Her engaging analysis, in conversation with current leading Buddhist-Christian figures, addresses the most important questions that dual belonging raises for comparative theology, philosophy and the history of religions. Yet her writing is so clear, elegant and enjoyable to read that it is difficult to put down her book. An instant classic, highly recommended for scholars and all readers touched by the dynamics of religious pluralism and inter-religious life in our time." - John Makransky, Boston College, USA

"This book is an immensely important contribution to inter-religious studies. Lucidly written and effectively argued, it offers a timely theological exploration of whether integration is possible for people who claim that they are both fully Christian and fully Buddhist. Its conclusions will become a benchmark for future scholarship in this area." - Elizabeth J. Harris, Liverpool Hope University, UK

"The most salient, and successful, feature of Drew’s study is that it is spirituality, or theology, based on ethnography... Whether one is primarily (or exclusively) Christian or Buddhist, this book, part of the Routledge Critical Studies in Buddhism series, is one that will both inform and engage. For Buddhists, it can be an aid in understanding all those Christians knocking on their zendo doors. For Christians, it can be a guide and inspiration for what might happen when they pass through those doors." - Paul F. Knitter, Buddhadharma: The Practitioner’s Quarterly, Spring 2012

"Rose Drew’s book is a major contribution to the field of both mapping and evaluating one form of the phenomenon of ‘dual belonging’. [...] Drew’s graceful narrative investigates the question through close interviews with six articulate and intellectually well-trained dual belongers. [...] The thrill of her book is in the careful empirical questioning and mapping of dual belongers and the fascinating outcome whereby Drew defends dual belonging on theological grounds." - Gavin D'Costa, Theology 115 (2)

"[A] giant leap forward in reflection on what has come to be known as ‘dual belonging.’ [...] No summary can do justice to the richly textured material. [...] a wonderfully refreshing alternative to the stilted prose of so much theological writing. [...] Drew is able to go more deeply into problems that conventional writing on interreligious dialogue tends to skate over. She does this by adhering closely to the evidence provided by her six theologically literate interviewees. The questions thrown up by their personal experience have profound implications for the future of interreligious relations." - John May, Buddhist-Christian Studies 32

"Rose Drew has moved the debate regarding dual belonging forward in this important monograph. [...] Grounding her discussion in the real religious lives of individuals [...] brings a valuable integrity to her philosophical arguments, which cannot, in this context, be dismissed as abstract or ‘academic’. [...] This is a very ambitious piece of work. It attempts a theological and buddhological justification for dual belonging. It is therefore a contribution to Christian theology and the Buddhist equivalent as well as an important study of an increasingly common feature of the global religious landscape. [...] The book is a thoughtful, well-informed, and well argued contribution to this important and under-reported dimension of contemporary religious life and will be of interest to theologians, philosophers, and social scientists interested in Buddhist-Christian studies, interfaith dialogue, and the contemporary global religious landscape." - Wendy Dossett, Journal of Contemporary Religion 27:2