Milan and Lombardy have played an important role in the Italian country since the Roman period. This importance is reflected also by the diffusion of stone architecture: a persisting trait of Milan architecture was the use of different stones in the same building. Milan lies in the middle of the alluvial plain of the Po, far from the stone quarries; some waterways were dug out in order to supply the building stones from the surrounding territories.

The study of stone as building material was significant at the end of 19th century, but then it was largely neglected by both architects and geologists. So it is significant to suggest a study about the stones employed to build in Milan (Part One) in relationship with a petrographic study about the features of the stones quarried in the whole Lombard territory (Part Two).

Part One contains a record of Milanese edifices, edifices marking the different historical periods. Each edifice is described in a "card" containing: the building history, the architect, the kind of stone employed and subdivided according to the different parts of the building, the shape of stone elements. Part Two contains the description of the features of the stones reported in the first part. They are metamorphic and magmatic rocks of the Alpine area; sedimentary rocks and loose materials of the Prealpine area; sedimentary rocks of the Apennine area; loose sediments of the Padania plain. Some stones, coming from other northern Italian regions, and used in Lombard architecture, are also described. Each stone is described in a "card" containing: commercial and historical names, petrographic classification, macroscopic features, mineralogical composition, microscopic features, geological setting, quarry sites, transport to yards, morphology of dressed elements and surface handworking, use in architecture in the whole Lombard territory and abroad, decay morphologies. A particular investigation is addressed to the stones used during the 20th century, a great part of them was never used before in Milan and in Lombardy.

Roberto Bugini was born in Milan, Italy in 1952. He graduated in Scienze Geologiche (Geology), University of Milan in 1976. Since 1983 he has been a researcher of CNR-ICVBC Istituto Conservazione Beni Culturali. He has been a lecturer in Stone materials at the Scuola di Specializzazione in Archeologia - Università Cattolica di Milano, since 2009.His fields of interest are stones and mortars used in historic architecture with particular application to the territory of Lombardy (Italy).

Luisa Folli  was born in Lodi in 1956. She graduated in Scienze Naturali (Natural sciences), University of Milano, in 1990. Since 1991 Luisa works in the field of stone conservation and is a teacher (Mineralogy and Petrography) at Scuola di Restauro ENAIP - Percorso quinquennale per Restauratori Beni Culturali (Botticino-Brescia) since 1995. Field of interest: scientific analyses on nature and decay of historic building materials. References: about 150 articles on books, journals and proceedings. 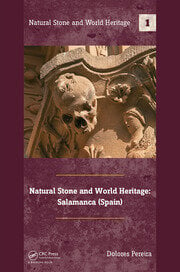 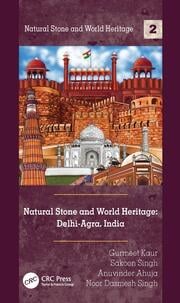