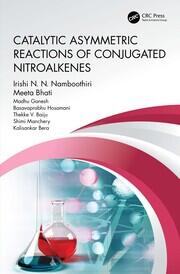 Nitroalkenes have often been referred to as "synthetic chameleons" owing to their reactivity, synthetic utility and biological significance. In the last two decades, the reactivity of nitroalkenes as substrates in diverse catalytic asymmetric transformations has been of tremendous interest on account of the powerful abilities of the nitro group to coordinate and withdraw electrons, as well as its amenability to undergo a wide variety of synthetic transformations. Although numerous original articles and reviews have appeared in the literature, a monograph providing a comprehensive coverage of this topic was conspicuous by its absence.

This book will be an invaluable resource for those who are working in the area of asymmetric catalysis and synthetic methodologies.

Irishi N N Namboothiri received his MSc from Mangalore University and PhD from Indian Institute of Science, Bangalore. He carried out postdoctoral research at Bar-Ilan University, Israel, University of North Texas and Columbia University. After a brief stint as Senior Research Scientist at Sabinsa Corporation, New Jersey, he joined the Department of Chemistry, IIT Bombay where he is currently a professor. His research interests include organic synthesis, development of new synthetic methodologies, asymmetric catalysis, mechanistic studies and materials chemistry. He is elected fellow of the Indian Academy of Sciences and National Academy of Sciences India. He is also a recipient of the Chemical Research Society of India Bronze medal. He has supervised over 20 PhDs and co-authored over 150 publications including two chapters and a book and is also a co-inventor of 6 patents.

was born in Jaipur, Rajasthan, India in 1990. She received her BSc degree (2011) from Maharani’s College, University of Rajasthan, Jaipur. She joined the Central University of Rajasthan, Ajmer for MSc degree in Chemistry (2013) and she also completed her PhD in Organic Chemistry (2013-2019) in the same institution, under the guidance of Dr Easwar Srinivasan. Recently, she joined as an Institute Postdoctoral Fellow with Prof I N N Namboothiri, IIT Bombay (2019). Her research interest is focused on designing asymmetric organocatalysts for enantioselective reactions using sustainable catalytic protocols and "on-water" organocatalysed reactions.

obtained his MSc from Mangalore University in 2000 and PhD degree from IIT Bombay in 2007. His doctoral work under Prof I N N Namboothiri was on probing stereoselective reactions of nitroalkenes. He undertook postdoctoral studies at Rutgers University, New Jersey and City College, New York. He worked in industry as a Scientific Associate (2000-2002) and further as a Research Investigator (2010-2013) at Syngene International Pvt Ltd. After working as Assistant Professor in the Department of Chemistry, B M S College of Engineering, Bengaluru, since 2013, recently he joined as Associate Professor in the Department of Pharmaceutical Technology/Process Chemistry, National Institute of Pharmaceutical Education & Research, Hyderabad. His research interests include the development of synthetic methods and their applications in pharmaceutical industry.

was born in Raichur, Karnataka, India in 1986. He received his BSc (2006) and MSc (2008) degrees in Chemistry from Bangalore University. He earned his PhD degree from Bangalore University under the supervision of Prof V V Sureshbabu in May 2014. Then after a brief stint as an Assistant Professor at an Engineering college, he worked as an Institute Postdoctoral Fellow with Prof I N N Namboothiri, IIT Bombay (2015-17) and as a DST-SERB National Postdoctoral Fellow at Central University of Karnataka with Dr K Hanumae Gowd (2017-18). After serving as Assistant Professor at the HKE Society’s SLN College of Engineering, Raichur, Karnataka during 2018-19, he joined as Scientific officer at the Regional Forensic Science Laboratory, Kalaburagi, Karnataka. His research interests include organocatalytic asymmetric synthesis, synthesis of modified nucleosides and some of the biologically active molecules.

was born in Kasaragod, Kerala, India in 1987. He received his BSc (2007) and MSc (2009) degrees in chemistry from Kannur University, Kerala. He completed his PhD work in organic chemistry from CSIR-NIIST, Thiruvananthapuram. Until recently he worked as an Institute Postdoctoral Fellow with Prof I N N Namboothiri, IIT Bombay. Currently, he is Assistant Professor at Goverment Brennen College, Thalassery, Kerala. His research interest is focused on the synthesis of carbo- and heterocyclic scaffolds by multi-component and cascade reactions of functionalized nitroalkenes.

received her BSc degree in Chemistry from Calicut University and MSc degree from Mahatma Gandhi University, Kerala. She completed PhD from CSIR-NIIST, Thiruvananthapuram, Kerala. Until recently, she worked as a Senior Research Fellow with Prof I N N Namboothiri, IIT Bombay.

received his BSc degree in Chemistry from Haldia Government College affiliated to Vidyasagar University, West Bengal in 2006 and MSc degree in Chemistry from IIT Madras in 2008. He carried out his PhD at IIT Bombay under the supervision of Prof I N N Namboothiri and postdoctoral work at the University of Leipzig, Germany, and Vanderbilt University, USA. Currently, he is a Research Scientist at Syngene International Pvt Ltd, Bengaluru. His research includes organocatalytic asymmetric reactions for enantioselective synthesis of multi-functional molecules. 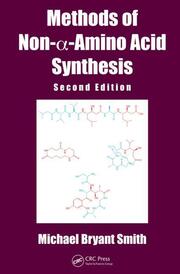 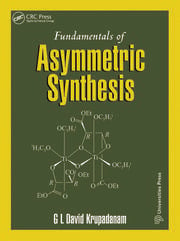