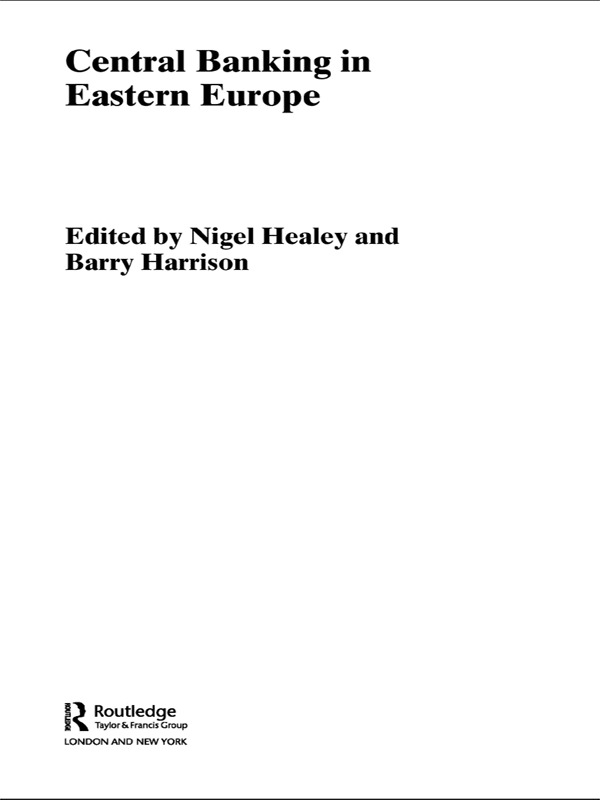 This book, written by a multinational team of experts, explores the changing face of central banking in Eastern Europe in the light of modern macroeconomic thinking, providing important and novel insights into the design of monetary policy institutions.

With its authoritative content, this book will interest students and academics involved with money and banking, macroeconomics and Eastern European studies. Professionals working for financial institutions will also find plenty that will appeal within these pages.