In the wake of the Daubert ruling, the use of forensic toolmark evidence in court has been problematic, in that the conclusions of forensic scientists as to toolmark origin often lack scientifically sound statistical proof. In the Color Atlas of Forensic Toolmark Identification, noted forensic expert Nicholas Petraco helps move toolmark examination from an art to a science. The first part of the book contains an anthology of tried and true methods, procedures, and traditional techniques used by practitioners of this discipline for over a century. It contains rationales and methodologies for casework, discussion of the use of new materials and techniques for preparation of known standards, and the application of various methods of statistical proof to further establish toolmark examination as a sound scientific endeavor. The second section contains a compilation of commonly used hand tools and the marks they typically produce.

Provides clear instruction on how to:

Examines marks made by a range of tools, including:

More than 400 color photos enhance the text, and numerous case studies describe evidence found and conclusions drawn from the evidence. This unique atlas empowers law enforcement professionals to capture the evidence they need to solve the case.

Nicholas Petraco earned a B.S. in chemistry and an M.S. in forensic science from John Jay College of Criminal Justice, the City University of New York. He served as a detective/criminalist at New York City’s Police Laboratory from 1968 to 1990 and held the position of senior forensic microscopist of the laboratory’s trace section between 1982 and 1990, when he became a private forensic consultant. Mr. Petraco has helped educate thousands of forensic scientists, worked on more than 5000 death investigations on behalf of prosecution and defense attorneys, and testified as an expert in more than 500 trials conducted in local, state, and federal criminal and civil courts.

" … a sorely needed and essential text for any laboratory conducting toolmark examinations. The title states it is ‘A Color Atlas of …’ and in this it succeeds admirably. The lack of any current texts on this branch of forensic science has been felt for many years and this effort goes a long way to filling that void."
— Sgt. Gerard Dutton, Ballistics Section - Forensic Services, Tasmania Police, Hobart, Tasmania, Australia, Published in the AFTE Journal 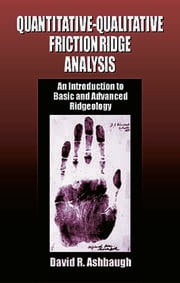 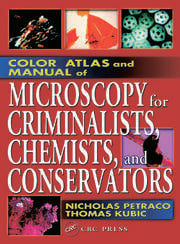 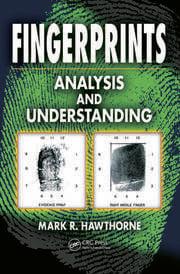