Common Ground, Common Future: Moral Agency in Public Administration, Professions, and Citizenship examines the public and private roles of the citizen as a moral agent. The authors define this agent as a person who recognizes morality as a motive for action, and not only follows moral principles but also acknowledges morality as his or her principal. The book explains that public administration is a fundamentally moral enterprise that exists to serve the values that society considers significant, and that this moral nature makes public administration a prototype for other professions to emulate, a model of moral governance in American society.

The title reflects the book's principal purpose and abiding hope: the development of a broad perspective on our individual and collective roles and responsibilities as citizens, professionals, and moral beings, with a recognition of mutual obligations to the large and small challenges inherent in the process of governance.

Applying the Unified Ethic to Moral Agency
The Moral Agent as Morally Responsible Citizen
Insufficient Commitment to Moral Values
Transformation and Reconfiguration
Moral Agency in Business
Use of Foreign, Low-Wage Labor
Should Tobacco Companies Exist?
The Moral Exemplarship of the Private Executive
Moral Agency and the Attorney
Encouraging the Process of Moral Agency in the Health Professions
Higher Education in the Context of the Kingdom of Ends

The Public Agent as Exemplar for the Private Professional:
A Dialogue
Points of Agreement
Geuras: The Public Administrator as Citizen Exemplar Model
Does Not Fully Apply to the Private Sector
Garofalo's Response
Summary 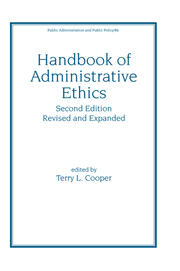 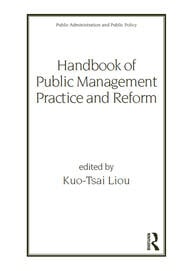