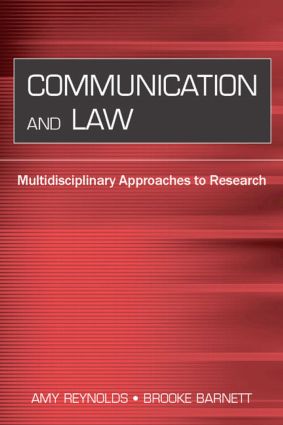 Communication and Law brings together scholars from law and communication to talk both generally and specifically about the theoretical and methodological approaches one can use to study the First Amendment and general communication law issues. The volume is intended to help graduate students and scholars at all skill levels think about new approaches to questions about communication law by offering a survey of the multidisciplinary work that is now available. It is designed to challenge the conventional notion that traditional legal research and social science methodological approaches are mutually exclusive enterprises.

This book has been developed for researchers working in mass communication and law and will be appropriate for graduate students and scholars. It will also appeal to those in psychology, political science, and other areas who are interested in exploring questions of law in their research.