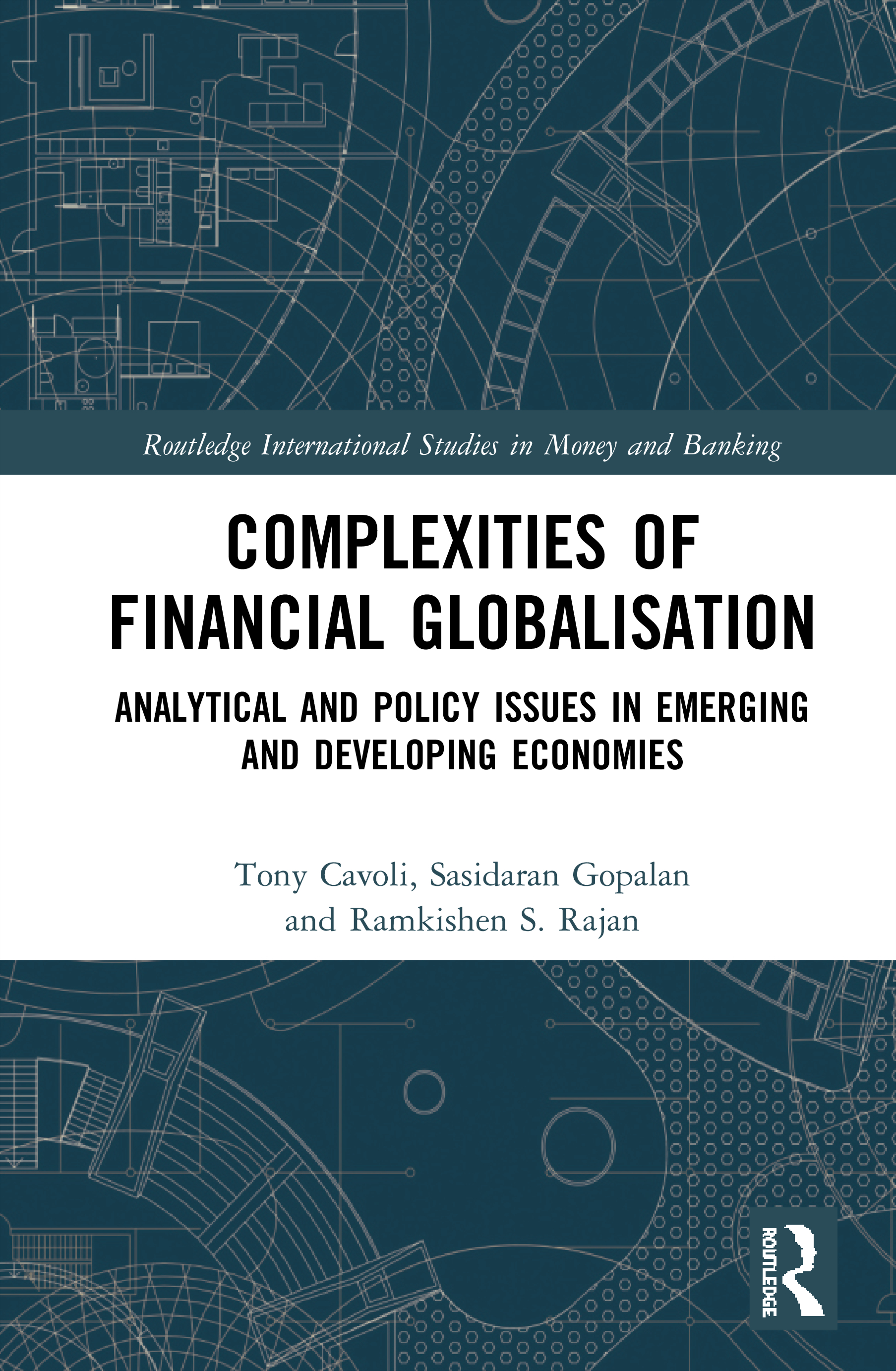 Since the 1990s, several emerging market and developing economies (EMDEs) have, to varying degrees, embraced the process of financial globalisation, broadly defined as a set of policies that involve allowing for greater openness to cross-border capital flows as well as greater market access to foreign financial institutions. This book provides a systematic empirical analysis on the complex interactions between financial sector development, macroeconomic and financial stability in EMDEs in general and those in the Asian region in particular.

The book consists of three sections pertaining to monetary and exchange rate policies under financial globalisation; financial inclusion and macroeconomic policies in the context of financial liberalisation; and finally, the dynamics of foreign direct investment flows and their real impacts in EMDEs. Each of the chapters analyse important economic policy issues of contemporary relevance and is informed by data and rigorous empirical analysis.

The book will be appealing to anyone interested in exploring the implications of a key set of issues emanating from financial globalisation on EMDEs in a rigorous but readable manner.

1. How Have Exchange Rate Policies Evolved in an Era of Financial Globalisation?

2. Has the "Impossible Trilemma" Morphed into a "Dilemma"?

4. How Effective is Inflation Targeting under Different Levels of Financial Development?

9. What Attracts FDI Inflows to Asia?

With Vandana Arya and Rajabrata Banerjee

Tony Cavoli is an Associate Professor at the University of South Australia (UniSA) Business School. At UniSA, he is also a researcher in the Centre for Applied Finance and Economics (CAFE), as well as the Program Director of Postgraduate Programs in Commerce. He is a deputy editor of the Journal of International Commerce, Economics and Policy, and an Executive Editor of the Journal of Asian Economics.

is currently a Senior Research Fellow at the Nanyang Business School (NBS), Nanyang Technological University (NTU) in Singapore. He leads the applied economic policy research at the Nanyang Centre for Emerging Markets, attached to the Division of Strategy, International Business and Entrepreneurship at NBS. Prior to joining NBS, he was an Assistant Professor at the Graduate School of Public Policy, Nazarbayev University in Kazakhstan (2018-2019), a Research Fellow at the Lee Kuan Yew School of Public Policy, National University of Singapore (2015-2018) and a Post-Doctoral Fellow at the Hong Kong University of Science and Technology (2014-2015).

is a Professor at the Lee Kuan Yew School of Public Policy, National University of Singapore. Prior to this, he was a Professor of Economics at ESSEC Business School, Asia-Pacific (2016-2017) after spending a decade (2006-2016) as a Professor of International Economic Policy at George Mason University (GMU) in Virginia, USA. He was the founding editor of the Journal of International Commerce, Economics and Policy, associate editor of the Singapore Economic Review and sits on the editorial board of various other academic journals.