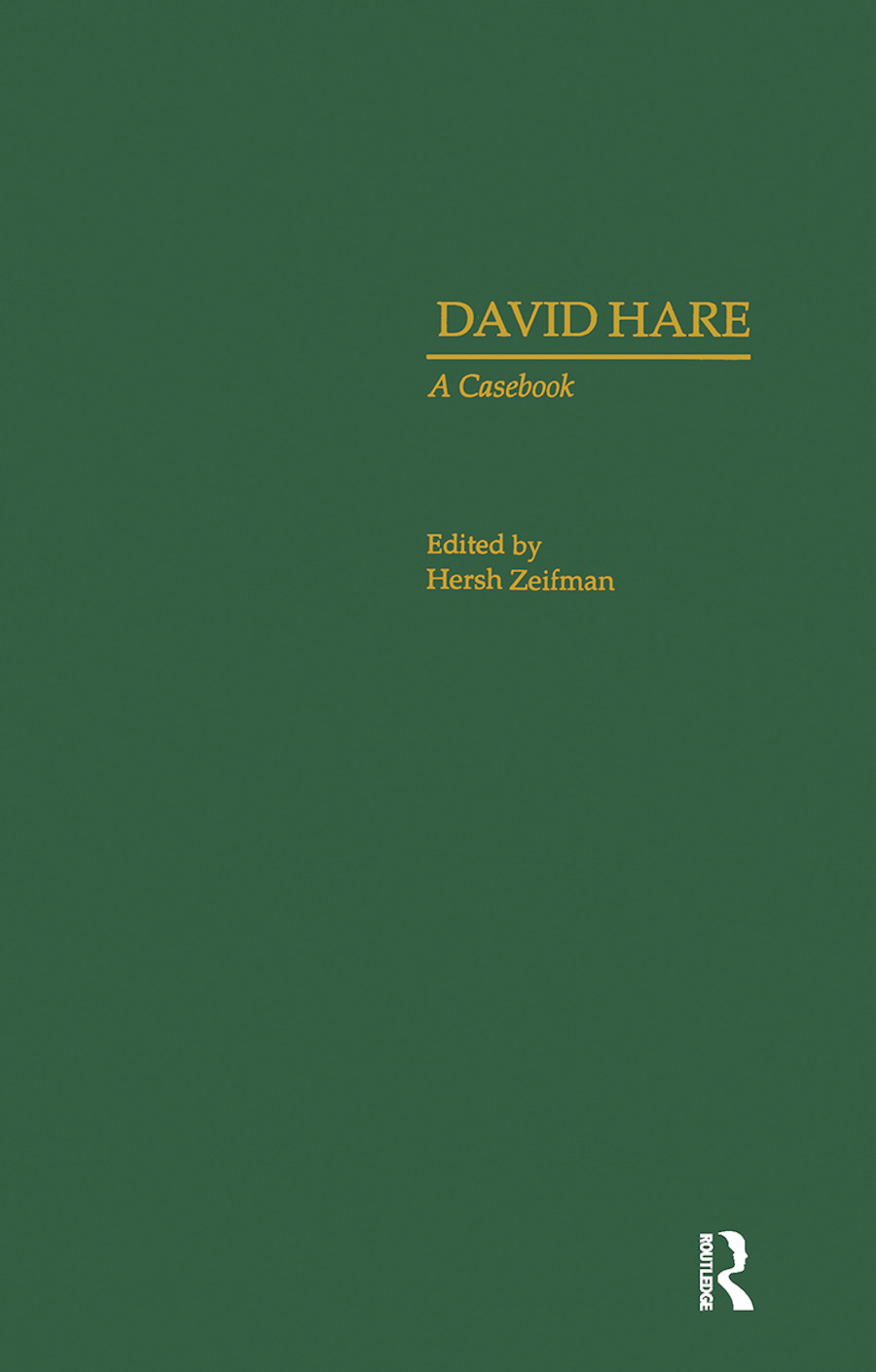 Learning that David Hare has written sixteen stage plays, eight collaborations, and eleven screenplays for film and television, one might be surprised by the fact that this leading English artist is not yet fifty years old. He was only twenty-two when his first play was performed by the Portable Theatre, and he was a major voice on the British stage before he was thirty. The present volume is the first major collection of essays devoted to Hare, and its editor, Hersh Zeifman, who is a professor at York University, Toronto, is well-qualified to assemble and supervise such a significant undertaking. As co-editor of the prestigious journal, Modern Drama, he has been exposed to all the major authors and topics of modem theatre and is ideally positioned to discern Hare's pivotal role on the contemporary stage.

General Editor's Note, Introduction, An Interview with David Hare, Rare Hare, Liking Women, Playing with Place: Some Filmic Techniques in the Plays of David Hare, Language and Values in Hare's Plays, (Re:)Defining the Assault: Hare's Juvenilia, Nostalgia for the Consensus in Knuckle and Teeth V Smiles, Fanshen: Hare and Brecht, Adapting the Model: Plenty and Licking Hitler, The Last Chopper Out: Saigon: Year of the Cat, Living the Present: The Bay at Nice and Wrecked Eggs, Virtuous Women: Portraits of Goodness in The Secret Rapture, Racing Demon, and Strapless, "Our Father": The Profession of Faith in Racing Demon, Playwright of Popular Dissent: David Hare and the Trilogy

Hersh Zeifman, is a professor at York University, Toronto