This book shows how to identify potential design errors and modify procedures in the design process to mitigate design-induced error. Real life examples are used to demonstrate the points being made. Many of the concerns raised in the book have come from a worldwide study conducted with designers, managers, and end-users.

is a lifelong writer, teacher, theorist, and researcher. He has taught at every level from Kindergarten to Post Graduate, and has also trained adults in industry and business settings.

Much like Dr Seuss who ‘spoke for the trees,’ he has gained a reputation for ‘speaking for the users.’ He was one of the first Human Factors professionals, constantly working to make designers and ICT developers consider the ways users would use the systems, devices or procedures they were developing. He developed some of the first user interface design specifications.

Ronald has gained degrees in education, business, computing, user interface design, and design error mitigation. He has worked in universities, government organizations, IT businesses, power production and distribution companies, and mine sites. Much of his work has been with IT and business departments within those organisations where he has worked at every level, from project manager to problem analyst, developer, tester, documenter, and trainer. In every role, he looked for the design errors, the flaws that could cause incidents, accidents, and perhaps even deaths. He worked on two fronts, one to remove faults before they became issues, and the other to ensure that those systems were built with the end-users in mind. 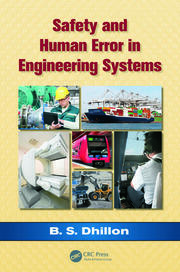