Collecting the work of the foremost scientists in the field, Discrete-Event Modeling and Simulation: Theory and Applications presents the state of the art in modeling discrete-event systems using the discrete-event system specification (DEVS) approach. It introduces the latest advances, recent extensions of formal techniques, and real-world examples of various applications.

The book covers many topics that pertain to several layers of the modeling and simulation architecture. It discusses DEVS model development support and the interaction of DEVS with other methodologies. It describes different forms of simulation supported by DEVS, the use of real-time DEVS simulation, the relationship between DEVS and graph transformation, the influence of DEVS variants on simulation performance, and interoperability and composability with emphasis on DEVS standardization. The text also examines extensions to DEVS, new formalisms, and abstractions of DEVS models as well as the theory and analysis behind real-world system identification and control. To support the generation and search of optimal models of a system, a framework is developed based on the system entity structure and its transformation to DEVS simulation models. In addition, the book explores numerous interesting examples that illustrate the use of DEVS to build successful applications, including optical network-on-chip, construction/building design, process control, workflow systems, and environmental models.

A one-stop resource on advances in DEVS theory, applications, and methodology, this volume offers a sampling of the best research in the area, a broad picture of the DEVS landscape, and trend-setting applications enabled by the DEVS approach. It provides the basis for future research discoveries and encourages the development of new applications.

Pieter J. Mosterman is a senior research scientist at MathWorks, where he works on core modeling, simulation, and code generation features of Simulink®. Dr. Mosterman is also an adjunct professor in the School of Computer Science at McGill University. He designed HyBrSim, which was awarded the IMechE Donald Julius Groen Prize in 2003, and the Electronics Laboratory Simulator, which was nominated for The Computerworld Smithsonian Award by Microsoft Corporation in 1994. Dr. Mosterman also received the SCS Distinguished Service Award. He is an editorial advisory board member of SIMULATION: Transactions of the Society for Modeling and Simulation International and an associate editor of the International Journal of Control and Automation, the International Journal of Critical Computer-Based Systems, and Applied Intelligence. 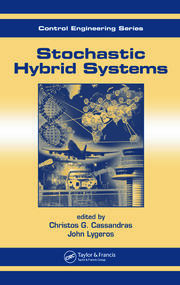 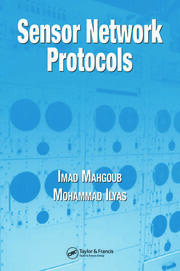