After the drug discovery and development process, designing suitable formulations to safely deliver the optimum dose, while avoiding side effects, has been a constant challenge, especially when drugs are very toxic and have poor solubility and undesirable clearance profiles. With recent advances in synthetic technologies, nanoparticles can be custom made from variety of advanced materials to mimic the bioenvironment and can be equipped with various targeting and imaging moieties. This book covers advancements in the field of nanoparticle-based drug delivery systems, along with all the aspects needed for a successful and marketable nano-formulation.

• Every chapter sequentially builds, providing a progressive pathway from classical nanoparticles to more advanced ones as a full drug product that is accessed by the public

Dr. Yasser Shahzad is an Assistant Professor at Department of Pharmacy, COMSATS University Islamabad (CUI), Lahore Campus. Dr. Yasser won a prestigious Nicholson Scholarship to pursue PhD from University of Huddersfield, UK. He also remained a Postdoctoral Fellow at PHARMACEN, North-West University South Africa. He has a particular interest in advanced drug delivery research at the interface of pharmaceutics, chemistry and cosmetics, and publishes regularly in internationally recognized peer-reviewed journals. He has authored more than 60 research publications in high quality international journals, including three book chapters in books published by CRC Press, Springer Nature and Wiley. He also serves as Editorial Board member of various international journals. Dr. Yasser holds active research collaborations with various international universities in UK, US and South Africa. Dr. Syed A.A. Rizvi is Assistant Professor, Pharmaceutical Sciences, Hampton University. He has published over 200 peer-reviewed articles, including journal publications, book chapters, books, US patents, and oral/poster presentations. He also serves on the Editorial Boards/Panels of different journals (in various capacities) and review manuscripts and books for over 150 well known scientific publications (journals and books). Dr. Rizvi enjoys teaching and engaging students in thought process, beside creative cooking at home and practicing martial arts (1st degree black belt in Okinawan Goju Ryu Karate). Dr. Abid Mehmood Yousaf is presently working as an Assistant Professor of Pharmacy at Department of Pharmacy, COMSATS University Islamabad, Lahore campus. Before this, he has also worked for more than two years at the same position in the Faculty of Pharmacy, University of Central Punjab, Lahore. He has earned his degree of Doctor of Pharmacy (Pharm-D) from University of the Punjab in 2009. In 2011, he was enrolled in MS-PhD program at College of Pharmacy, Hanyang University, South Korea. He has performed his research in the Lab of Physical & Industrial Pharmacy under the supervision of Prof. Dr. Han-Gon Choi, a distinguished professor of Pharmacy in South Korea. He was awarded with the degree of PhD in Pharmacy in 2015. Dr. Abid has numerous publications in peer-reviewed SCI journals of pharmacy. He has presented his research work at several international conferences abroad. He vows to continue research in the same field and train young pharmacist researchers. Dr. Talib Hussain has been working as Assistant Professor in Department of Pharmacy, COMSATS University Islamabad (CUI), Lahore campus since 2018. Prior to join CUI, he served in Primary & Secondary Health Department Punjab as Deputy Drug Controller/ Provincial Drug Inspector. He obtained Pharmacy (2006) and M. Phil (2009) degrees from Bahauddin Zakariya University Multan. He received his PhD in Pharmacy from University of Huddersfield, UK in 2014. Primary research work of his PhD was based on formulation development of poorly soluble drugs through bespoke Microwave technique. Moreover, isothermal titration calorimetry was employed to investigate the drug-excipient compatibility. Over the years, he has developed active collaborations and expertise in the field of drug delivery such as solid dispersions, nano-particles, micro-emulsions, liposomes, hydrogels for oral as well as for topical drug delivery systems. He has published more than 40 articles in the form of original research, reviews and book chapters. 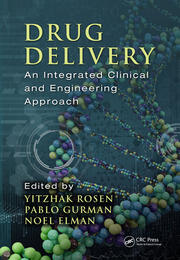 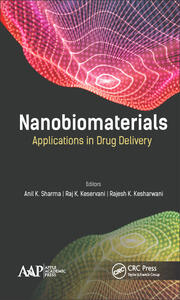 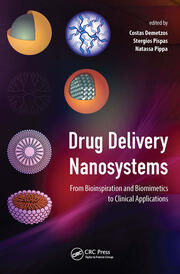