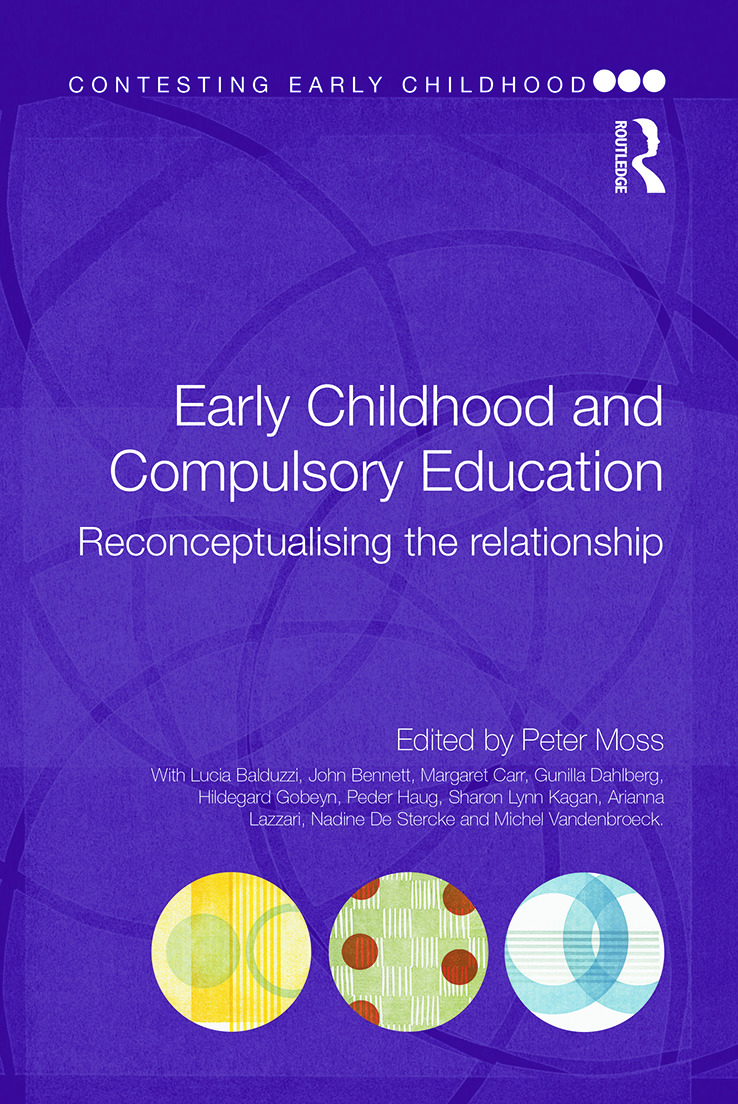 What should be the relationship between early childhood and compulsory education? What can they learn from one another and by working together?

The rapid expansion of early childhood education and care means that most children in affluent countries now have several years at pre-school before compulsory education. This raises an important question about the relationship between the two.  Whilst it’s widely assumed that the former should prepare children for the latter, there are alternatives. This book contests the ‘readying for school’ relationship as neither self-evident nor unproblematic; and explores some alternative relationships, including a strong and equal partnership and the vision of a meeting place.

In this ground-breaking book, Professor Peter Moss discusses the issue with leading early childhood figures - from Belgium, France, Italy, New Zealand, Norway, Sweden and the United States -who bring very different perspectives to this contentious relationship.  The book starts with an extended essay by Peter Moss, to which the other contributors are invited to respond critically, as well as offering their own thinking about the relationship between early childhood and compulsory education, both their current understandings and suggestions on future directions.

Students, researchers and academics in the field of early childhood education will find this an insightful and timely text. But so too will their peers in compulsory education, since the book time and again raises searching questions about pedagogical purpose and practice in this sector.

Peter Moss is Emeritus Professor of Early Childhood Provision at the Institute of Education, University of London, UK.

This groundbreaking new series questions the current dominant discourses surrounding early childhood, and offers instead alternative narratives of an area that is now made up of a multitude of perspectives and debates.

The series examines the possibilities and risks arising from the accelerated development of early childhood services and policies, and illustrates how it has become increasingly steeped in regulation and control. Insightfully, this collection of books shows how early childhood services can in fact contribute to ethical and democratic practices. The authors explore new ideas taken from alternative working practices in both the western and developing world, and from other academic disciplines such as developmental psychology. Current theories and best practice are placed in relation to the major processes of political, social, economic, cultural and technological change occurring in the world today.