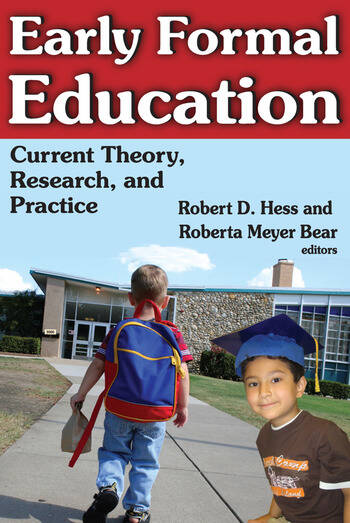 The future of any society lies in its ability to train and socialize its young. The stability of its institutions, political systems, the productivity of its industrial resources, and the creativity of its intellectual talent reflect the success of those who have been given responsibility for shaping and developing its youth. If these teaching functions are not adequately performed, through failure of the agents, as a result of new demands created by new values, social, economic, or political change, pressures may emerge for the modification of socializing procedures, or for a change in the agents allocated responsibility for socialization.

Some major questions answered in this book include: At what age should formal education begin? What effect does the timing of education have on a child's later social and educational development? Do pre-school years deserve the fiscal resources and professional talent now being allocated to them? Can socially and economically disadvantaged children be successfully educated without involving families and community? What is the role of technology in the early education process?

This volume brings together the work of active and articulate spokespersons in the field of early education during the 1960s. It makes explicit the concepts, theories, and empirical data upon which the field as a whole is proceeding. These contributions from leading psychologists, child development researchers, and educators cover an unusually broad range of issues. Providing a reference on theories and existing programs in the field of early learning and offering many suggestions for the course and content of today's programs, this volume is important reading in child development and the psychology and sociology of education.