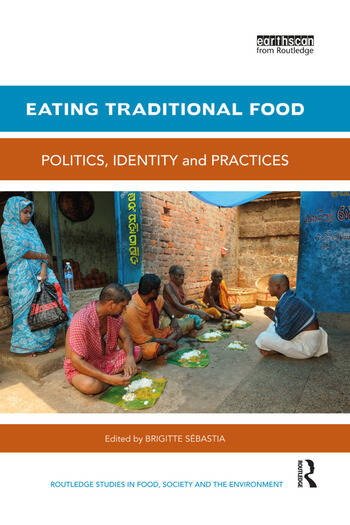 Due to its centrality in human activities, food is a meaningful object that necessarily participates in any cultural, social and ideological construction and its qualification as 'traditional' is a politically laden value. This book demonstrates that traditionality as attributed to foods goes beyond the notions of heritage and authenticity under which it is commonly formulated.

Through a series of case studies from a global range of cultural and geographical areas, the book explores a variety of contexts to reveal the complexity behind the attribution of the term 'traditional' to food. In particular, the volume demonstrates that the definitions put forward by programmes such as TRUEFOOD and EuroFIR (and subsequently adopted by organisations including FAO), which have analysed the perception of traditional foods by individuals, do not adequately reflect this complexity. The concept of tradition being deeply ingrained culturally, socially, politically and ideologically, traditional foods resist any single definition.

Chapters analyse the processes of valorisation, instrumentalisation and reinvention at stake in the construction and representation of a food as traditional. Overall the book offers fresh perspectives on topics including definition and regulation, nationalism and identity, and health and nutrition, and will be of interest to students and researchers of many disciplines including anthropology, sociology, politics and cultural studies.

2. The Rediscovery of Native ‘Super-foods’ in Mexico

3. Lost in Tradition: An Attempt to Go Beyond Labels, Taking Maltese Food Practices as a Primary Example

4. The Protection of Traditional Local Foods through Geographical Indications in India

5. Are Buuz and Banš Traditional Mongolian Foods? Strategy of Appropriation and Identity Adjustment in Contemporary Mongolia

6. "Beef is our Secret of Life": Controversial Consumption of Beef in Andhra Pradesh, India

8. The Never-ending Reinvention of ‘Traditional Food’: Food Practices and Identity (Re)Construction among Bolivian Returnees from Argentina

9. What Is Healthy Diet? Some Ideas about the Construction of Healthy Food in Germany since the 19th Century

10. Are Traditional Foods and Eating Patterns Really Good for Health? A Socio-Anthropological Inquiry into French People with Hypercholesterolaemia

11. Eating Ayurvedic Foods: Elaboration of a Repertoire of ‘Traditional Foods’ in France

Brigitte Sébastia is Researcher in Anthropology at the French Institute of Pondicherry, India.

"Eating Traditional Food: politics, identities and practices wrestles down the concept and practices of producing and consuming ‘traditional foods’, without falling either into the ethnocentric, nationalist, rendering of tradition, or the blanket denunciation of the very concept of tradition by critical scholars...

The authors do a great service in trying to draw the boundaries of the modern and the traditional, past and the present, community and consumer practices, to enable us to protect what comes from long duration and is widely shared from the commons without the protection of intellectual property rights, against the encroachment of private, commodified, consumer culture, undertaken primarily for profit and for social prestige." – From the Foreword by Krishnendu Ray, New York University, USA and President of the Association for the Study of Food & Society