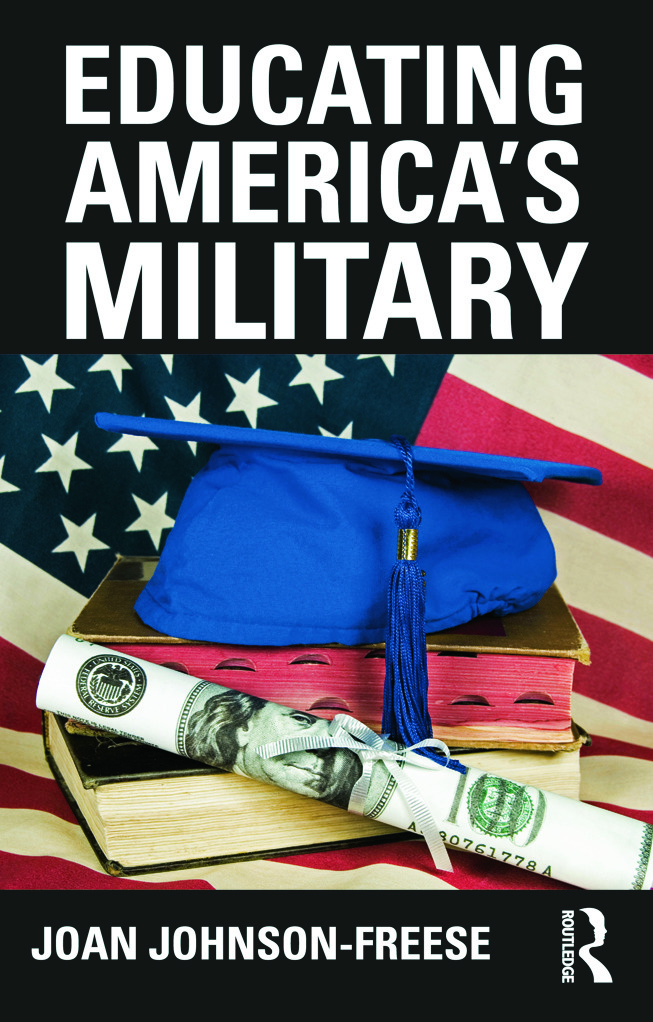 This book offers a detailed examination of the professional military education system in the United States, from a critical, insider's perspective.

The mission of America’s war colleges is to educate senior military officers in both the ways of war and the defence of peace. But are these colleges doing the best job possible in carrying out that important mission? Military education faces many demands, including a lack of preparation by the students, uneven quality of the faculty, and confusion over the curriculum. Many officers attend resident programs at the war colleges programs against the career advice of their leadership, despite the fact that they are virtually guaranteed graduation after less than a year of study, while others do their best to avoid it entirely. As the professional military education system has come under increasing scrutiny and criticism, some have even called for closing the war colleges. That answer, however, does not serve the United States well, especially in a complex, globalized environment, where military leaders need the best specialized education to prepare them for their future challenges. This volume examines the system that created and supports the perpetuation of this system, and why it is imperative that it be fixed.

Written by a faculty member at a military college with twenty years' experience of the PME system, this book will of much interest to students of the US Military, US politics and military education in general.

'Educating officers is one of the most important tasks a military can do in peacetime. This book is one of the most important statements on that task in a long time. You may disagree with some of what Johnson-Freese states here, but from now on you can’t be part of the debate about military education unless you have read her book.' --Thomas E. Ricks, author of 'Fiasco', 'The Gamble' and 'The Generals: American Military Command From World War II to Today'

'Johnson-Freese provides a reflective, insider's view of the continuing tension between training and education at the nation's War Colleges. She delineates the differences between them., and even describes differences between the priorities of leaders at particular Colleges. Emphasizing the need for change, she makes it clear that it will be difficult to overcome inertia, rotating leadership, and practices which do not give sufficient attention to scholarship, particularly in building the curriculum.' -- Judith Hicks Stiehm, Florida International University

Preface 1. Why War Colleges? 2. Warriors & Scholars 3. The Students: Too Valuable to Fail 4. Faculty: But Not Necessarily in a Collegial Sense 5. The Curriculum: Moving Toward Intellectual Agility 6. Recommendations & Conclusion

Joan Johnson-Freese is Professor of National Security Affairs at the Naval War College in Newport, Rhode Island. She served as department chair from 2002-2010, and has taught in Professional Military Education programs since 1993. She is also the author of several books.