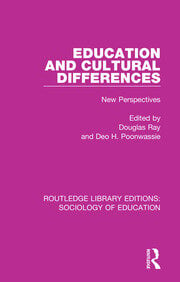 First published in 1992, this book looks at the interaction between ideals and reality, with the focus upon social inequality and education in modern society, as well as the possibilities for education to lessen the related problems.

The essays in this volume examine three forms of inequality in global society: aboriginal societies in modern industrial states; long-established communities that have been denied full status; and differences arising from recent population migrations. In doing so, it considers how education might support the efforts of all members of society to pursue the goal of equal status for all.