Educational Leadership, Organizational Learning, and the Ideas of Karl Weick
Perspectives on Theory and Practice 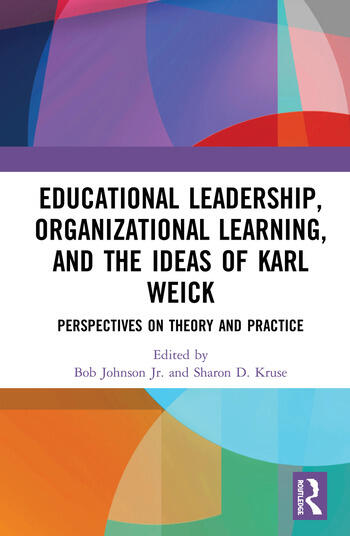 Educational Leadership, Organizational Learning, and the Ideas of Karl Weick: Perspectives on Theory and Practice

Chapter 5: Where the Action Is: Enactment as the First Movement of Sensemaking, David Eddy-Spicer

Chapter 8: Past, Present, and Future of Coupling as a Leadership Concept, Angeline K. Spain and Sarah L. Woulfin

Chapter 9: Exploring the Ideas of Coupling and Complexity in Schools, Mel Hawkins and Chris James

Bob L. Johnson, Jr. is Professor of Educational Leadership and Policy at University of Alabama.

is Academic Director and Professor of Educational Leadership at Washington State University – Vancouver.