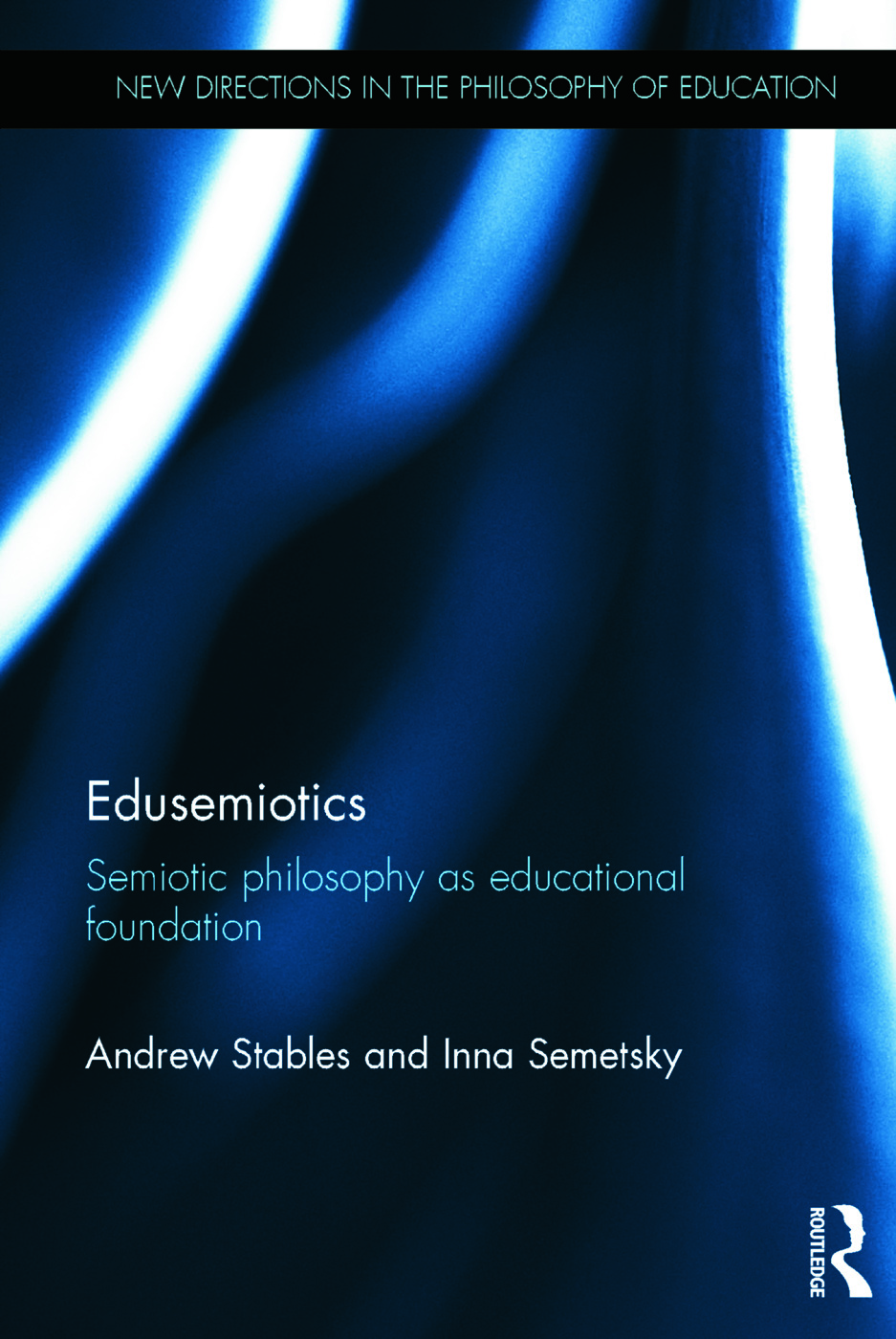 This volume investigates the specifics of semiotic knowledge structures and processes, exploring current dilemmas and debates regarding self-identity, learning, transformative and lifelong education, leadership and policy-making, and interrogating an important premise that still haunts contemporary educational philosophy: Cartesian dualism. In defiance of substance dualism and the fragmentation of knowledge that still inform education, the book offers a unifying paradigm for education as edusemiotics and emphasises ethical education in compliance with the semiotic unity between knowledge and action.

Chapters contain accessible discussions in the context of educational philosophy and theory, crossing the borders between logic, art, and science together with a provocative theoretical critique. Recently awarded a PESA book award for its contribution to the philosophy of education, Edusemiotics will appeal to an academic readership in education, philosophy and cultural studies, while also being an inspiring resource for students.

"The book Edusemiotics: Semiotic Philosophy As Educational Foundation is a comprehensive synthesis on and an outcome of the one decade of semiotic research aiming to, eventually, bring a semiotic turn in philosophy of education (156–157)."- Alin Olteanu, Univerity of Roehampton, Social Semiotics

1. Introducing Edusemiotics: A Philosophy of/for Education 2. Semiotic Reasoning and the Learning Paradox 3. Semiosis and the Myth of Learning 4. Apprenticeship in Signs: Towards Experimental Philosophy of Education 5. Semiosis, Dewey and Difference: Implications for Pragmatic Philosophy of Education 6. The Problem of Coordination: Developing Posthuman Intelligence 7. Semiotics as Rich Empiricism 8. Subjects in Process: Lifelong Education and the Ethics of Integration 9. The Semiotics of Organisational Landscape: School as Design 10. An Argument from Images: Educational, Existential, and Feminine Functions 11. From Semiosis to Social Policy: The Less Trodden Path 12. Understanding Edusemiotics: Exploring Educational Futures

Andrew Stables is Professor of Education and Philosophy and Head of Research in the School of Education, University of Roehampton, UK.