Electrostatics of Soft and Disordered Matter

Electrostatics of Soft and Disordered Matter

Recently, there has been a surge of activity to elucidate the behavior of highly charged soft matter and Coulomb fluids in general. Such systems are ubiquitous, especially in biological matter where the length scale and the strength of the interaction between highly charged biomolecules are governed by strong electrostatic effects. Several interesting limits have been discovered in the parameter space of highly charged many-particle Coulomb matter where analytical progress is possible and completely novel and unexpected results have been obtained. One of the challenges in highly charged matter is to correctly describe systems with finite coupling strength in the transition regime between weak and strong couplings. After studying the fluctuations of both, several theories have been developed that describe this experimentally highly relevant regime. At the same time, computer simulation algorithms and computing power have advanced to the level where all-ion simulations, including many-body and polarization effects, are possible; the new theories thus can be subjected to numerical confirmation. Another important question is the effect of the structural disorder on electrostatic interactions. It has recently been demonstrated, both theoretically and experimentally, that charge disorder can impose long-range interaction between charged or even uncharged surfaces. These interactions might become very significant in biological processes.

Filling a void in the literature, this volume cross-pollinates different theoretical and simulation approaches with new experiments and ties together the low temperature, high coupling constant, and disorder parameters in a unified description of the electrostatic interactions, which largely determine the stability and conformations of most important biological macromolecules.

With striking graphical illustrations, the book presents a unified view of the current advances in the field of Coulomb (bio)colloidal systems, building on previous literature that summarized the field over 20 years ago. Leading scientists in the field offer a detailed introduction to different modern methods in statistical physics of Coulomb systems. They detail various approaches to elucidate the behavior of strongly charged soft matter. They also provide experimental and theoretical descriptions of disorder effects in Coulomb systems, which have not been discussed in any other book.

David Dean is a professor of physics at the Laboratoire d’Ondes et Matière d’Aquitaine at the Université de Bordeaux, France. He is also the president of the Scientific Steering Committee of the Institute Henri Poincaré, Paris, and in 2006, he was part of the junior promotion of the Institut Universitaire de France. His research interests include the statistical mechanics of soft matter, disordered systems, and stochastic processes.

is a senior scientist at the Department of Chemistry, University of Cambridge, UK, and Jožef Stefan Institute Ljubljana, Slovenia. His current research includes nanoparticle organization in polymer layers, self-assembly and non-equilibrium dynamics of magnetic colloids, the role of multivalent binding in cellular immune response, and modeling of bacterial motility.

is an associate professor of physics at the Institute for Research in Fundamental Sciences (IPM), Tehran. His research interests include Coulomb fluids and highly charged soft and biological matter such as charged polymers, membranes and colloids, electrostatics of DNA complexes, diffusion processes on ruffled biological membranes, and Casimir effect in disordered systems.

is a professor of physics at the Department of Physics, University of Ljubljana; scientific councillor at the Theoretical Physics Department, Jozef Stefan Institute, Ljubljana; and an adjunct professor at the University of Massachusetts, Amherst, and the Case Western Reserve University, Cleveland, USA. His main scientific interests are Coulomb systems, soft matter, macromolecular physics, and biophysics.

"This is a timely and illuminating volume, reviewing the state of the art of Coulombic fluids, and shedding some light on the counter-intuitive phenomena that emerge from Coulombic interactions. The book is in particular interesting because it reviews the fundamental role played by Coulombic interactions when macromolecules are dissolved in an aqueous milieu. An up-to-date introduction of the subject as well as advanced topics that will be welcome by students and researchers alike." 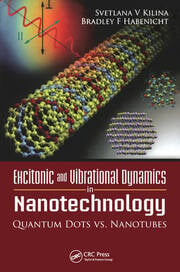 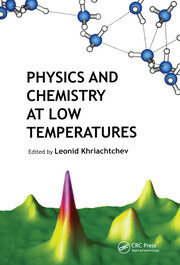 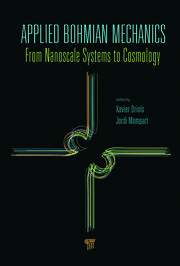