Emerging Trends in Technology for Education in an Uncertain World
Proceedings of the 6th International Conference on Education in Muslim Society, (ICEMS 2020), Jakarta, Indonesia, 18-19 November 2020

Emerging Trends in Technology for Education in an Uncertain World: Proceedings of the 6th International Conference on Education in Muslim Society, (ICEMS 2020), Jakarta, Indonesia, 18-19 November 2020

Presently, people are facing a condition called VUCA (Volatility, Uncertainty, Complexity, and Ambiguity) where this condition is described as a turbulent, uncertain, complicated, unclear condition. The world of work and industry is changing quickly, driven by the development of technology, information and communication. Advances in computer technology, artificial, intelligence, robotics which is also called as the industrial revolution 4.0 eras, are of significant influence on environment and people.  A time where humans must learn quickly, and an era where the future is unpredictable, where choices for various conditions are increasing and mindsets are changing.
The big challenge for educational institutions, especially Islamic educational institutions today, is how to prepare young people on various aspects of cognitive, mental, and spiritual preparedness to face the changing environment. Development in the real world is far more complex than what is learned in the classroom, so it is necessary to educate and transform curriculum that is directed in accordance with the demands of present times.
The 6th International Conference on emerging trends in technology for education in facing VUCA (Volatility, Uncertainty, Complexity, and Ambiguity) is designed not only to share research, but also to offer recommendations to governments, educational institutions and other stakeholders to improve the quality of education through technology-based educational programs. The conference was held by Faculty of Education UIN Syarif Hidayatullah Jakarta. Scholars, researchers, policy makers, teachers, and students from various countries participated and worked together to discuss how to improve the quality of education in the Muslim community. Guided by UIN Jakarta, the 6th ICEMS of 2020 provided opportunities for various educational stakeholders especially in Muslim Communities around the world to share their creative and innovative works, opinions, and experiences in open academic forums.

Dwi Nanto M.Si., Ph.D., has been a lecturer and researcher at the Faculty of Education UIN Syarif Hidayatullah Jakarta since January 2009. He earned his doctorate from Chungbuk National International University in Korea in 2014. He was appointed head of the Department of Physics Education in 2015 and served until 2019. His primary areas of study are fundamental physics and an introductory course in solid state physics. His research interests include educational experimental equipment and materials based on magnetic magnetism.  He has served as editor in chief of Jurnal Edusains since 2021 and as a member of the editorial board of Journal Tarbiya since 2016.
Maila D.H. Rahiem, M.A., Ph.D., is an Associate Professor at the department of Early Childhood Education, UIN Syarif Hidayatullah Jakarta, Indonesia. Her research interests include child wellbeing, resilience study, disaster education, research methods, and culture and value in education. Maila received a Fulbright Visiting Scholar award in 2019 for research in the field of social work at the University of South Florida, USA; and an award from the faculty of education, UIN Jakarta for writing high-impact scientific papers. She holds a doctorate in Moral Education from Universiti Putra Malaysia; a master's degree in Culture and Values in Education from McGill University, Canada; and a bachelor's degree in English Education from Universitas Negeri Jakarta, Indonesia. She is the Director of the Centre of Excellence-UIN Jakarta, and a member of the Scientific Board of the Research Association for Interdisciplinary Studies (RAIS), USA. Maila is the International Consulting Editor for the International Journal of Children's Spirituality; an advisory editorial board member of Tarbiya: Journal of Education in Muslim Society; an editor at Socio Didaktika: Journal of Social Science; and a member of the reviewers board of International Journal of Learning, Teaching, and Educational Research and the Journal of Early Childhood Education.
Dr. Tita Khalis Maryati, M.Kom., is currently an Associate Professor at the Mathematics Education Department, Faculty of Education, UIN Syarif Hidayatullah Jakarta, Indonesia. She has worked at the institution as a lecturer since 1999. Her academic credentials include a bachelor's degree in mathematics from Institut Teknologi Sepuluh Nopember (ITS) Surabaya, a master's degree in computer science from Universitas Indonesia, and a doctorate in mathematics from Institut Teknologi Bandung (ITB). She enrolled in the short course program Mathematics and Science for Higher Education at McGill University's Faculty of Education in Canada. Tita Khalis Maryati's primary area of expertise is Combinatorics Mathematics, particularly Graph Theory, as well as conducting research in other areas of mathematics, such as mathematics education. She is currently the managing editor of the Indonesian Journal of Combinatorics and a member of the editorial board of Journal Tarbiya: Journal of Education in Muslim Society (IJC). Additionally, she serves as a reviewer for Algoritma: Journal of Mathematics Education (AJME) and a number of other Scopus-indexed journals, including Utilitas Mathematica, Ars Combinatoria, and the Electronic Journal of Graph Theory and Applications (EJGTA). 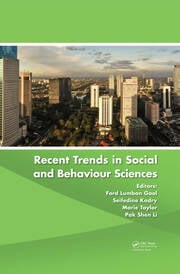 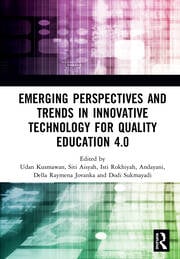