ICCEDI is an international seminar that is held every two years organized by the Law and Citizenship Department, Faculty of Social Science Universitas Negeri Malang. The activities aim to discuss the theoretical and practical citizenship education that becomes needed for democracy in Indonesia and other countries with a view to build academic networks by gathering academics from various research institutes and universities. Citizenship education is an urgent need for the nation in order to build a civilized democracy for several reasons. Citizenship education is important for those who are politically illiterate and do not know how to work the democracy of its institutions. Another problem is the increasing political apathy, indicated by the limited involvement of citizens in the political process. These conditions show how citizenship education becomes the means needed by a democratic country like Indonesia. The book addresses a number of important issues, such as law issues, philosophy of moral values, political government, socio-cultural and Pancasila, and civic education. Finally, it offers a conceptual framework for future democracy. This book will be of interest to students, scholars, and practitioners, governance, and other related stakeholders.

Sukowiyono is chairman of the senate of Universitas Negeri Malang. He is professor at the Faculty of Social Science Universitas Negeri Malang. Currently, he teaches both undergraduate and post-graduate program. His area of expertise is Law especially Contitutional Law. He also has become Vice Chairman of the Association of Contitutional Law and State Administrative Law Teacher (APHTN-HAN), Indonesia.
Siti Awaliyah has been a lecturer in the Department of Law and Citizenship at Universitas Negeri Malang since 2005. As a lecturer in the Pancasila and Citizenship study program, she is interested in writing about law, socio-culture, character, and education. She has published her writings in book chapters, journals, and proceedings. They include subjects as human rights related to employment (2014, 2017), age discrimination for job seekers (2014, 2018), labor law (2019), character education (2008, 2015), service learning (2013, 2014, 2015), law and its benefits (2014), and others.
Peter Brian Ramsay Carey, born on 30 April 1948 in Rangoon, is a British historian and author who specialises in the modern history of Indonesia, Java in particular, and has also written on East Timor and Myanmar. He was the Laithwaite fellow of Modern History at Trinity College, Oxford, from 1979 to 2008. His major early work concentrated on the history of Diponegoro, the British in Java, 1811–16 and the Java War (1825–30), on which he has published extensively. His biography of Diponegoro, The Power of Prophecy, appeared in 2007, and a succinct version, Destiny; The Life of Prince Diponegoro of Yogyakarta, 1785–1855, was published in 2014. He has conducted research in Lisbon and the United Kingdom amongst the exile East Timorese student community for an oral history of the Indonesian occupation of East Timor, 1975–99, part of which was published in the Cornell University journal Indonesia (no. 76 [October 2003], pp. 23–67). Carey regularly comments on the history and politics of Southeast Asia to the British media. He is adjunct professor at the Department of Humanities of the University of Indonesia in Jakarta (since 2013), and was previously Indonesia country director of the Cambodia Trust (2008–2012), a UK disability charity that he co-founded in November 1989 to address the needs of mine victims in Cambodia.
Max Lane is a writer and lecturer on Indonesian politics, history and literature and Southeast Asian affairs. he has published (in both English and Indonesian) a high-profile text on modern Indonesia (Unfinished Nation: Indonesia before and after Suharto, Verso, 2008), translated the works of Indonesia’s most important writer (Pramoedya Ananta Toer) and its most important dramatist (W.S.Rendra), and lectured in university courses at universities in the region, including the University of Sydney and Gadjah Madah University in Jogjakarta, Indonesia. He presented public lectures in the United States (Yale University; Fordham University, New York; City University of New York; University of North Carolina – Chapel Hill, Northwestern University, Chicago; University of Wisconsin, Maddison; University of Michigan – Ann Abor; University of California – Berkeley combined with Stanford University) as well as Europe (University of Amsterdam, University of Leiden, International Institute of Social History, Amsterdam; Nordic Institute of Asian Studies, Copenhagen) and Australia, and received competitive fellowships at the Institute of Southeast Asian Studies (ISEAS), Singapore (1987); National University of Singapore (2008/2009); the Asia Research Centre, Murdoch University (2004) and the Nordic Institute of Asian Studies in Copenhagen (2010).
Chen Fei was born in April 1981 in Wuhan, Hubei, Doctor of International Politics. He is currently an associate professor and master's supervisor in the School of Politics and International Relations, Central China Normal University. He is also a researcher of the Chahar Society, a researcher of the Think Tank for Digital Economy, a researcher of the One Belt One Road 100 People Forum, and a senior researcher of the Asia-Pacific think tank of Xinhua News Agency. Served as Deputy Director of the Institute of International Studies of Zhongnan University of Economics and Law (June 2016-December 2017), Deputy Director of the Department of Political Science (April 2012-June 2016). Mainly engaged in the theory of international relations, "One Belt One Road" ", Asia-Pacific Security, Big Data and National Security Research. 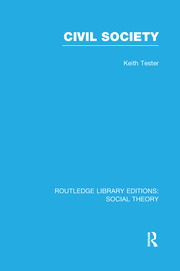 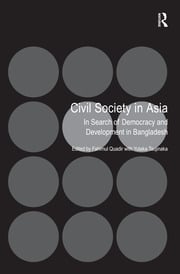