Energy Security and Cooperation in Eurasia
Power, profits and politics 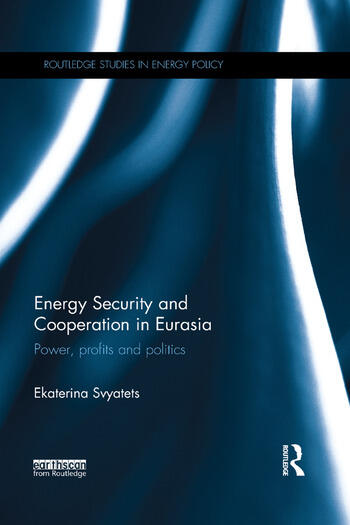 Energy Security and Cooperation in Eurasia: Power, profits and politics

Why are bilateral relations, especially in the area of energy security, so different in the cases of U.S.-Russia, U.S.-Azerbaijan, and Russia-Germany energy deals? Why do some states find common ground despite differences, while others, with all the seemingly favourable conditions, are sinking into animosity?

Energy Security and Cooperation in Eurasia

explores varying outcomes of energy cooperation, defined as diplomatic relations, bilateral trade, and investment in oil and natural gas. The book looks at economic potential, geopolitical rivalry, and domestic interest groups in the cases of U.S.-Russia, U.S.-Azerbaijan, and Russia-Germany energy ties. It looks at major projects in each case (Sakhalin and Arctic oil and gas production, Baku-Tbilisi-Ceyhan and Nord Stream pipelines) and activities of international oil companies. The book also provides a detailed analysis of the situation in Ukraine since 2014 and Russia’s annexation of Crimea, and their effect on European energy security. This book utilizes an innovative approach of exploring the dyads of states (bilateral relations) along the economic, geopolitical, and domestic lobbying dimensions.

This book is a valuable resource for graduate and undergraduate students, academics and researchers in the areas of Security, Political Economy, Comparative Politics, post-Soviet studies, as well as for general public.

Ekaterina Svyatets is a lecturer at the University of Southern California, USA. She teaches economics and policy of natural resources and the environment.