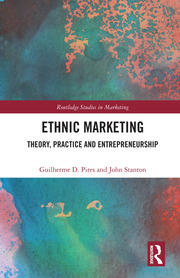 Together with the development of transformative technologies that epitomize globalization, the ongoing movements of people across borders and other socio-economic pressures are creating a fast-changing business environment that is difficult for business to understand, let alone control. Dominant social expectations that immigrants should seek to adopt an assimilationist socialization path towards the host country’s mainstream are contradicted by minority ethnic group resilience. There is no evidence that these groups naturally disappear within the cultural and behavioural contexts of their adopted countries. Since ethnic minority consumers cannot be expected to assimilate, then they maintain some significant degree of unique ethnicity related consumer characteristics that convert into threats and opportunities for business. The inherent socialisation process also provides opportunities for ethnic entrepreneurship and for proliferation of ethnic minority business.

Following from the extensive examination of scholarly perspectives of ethnic marketing theory, there is an acknowledged and marked divide between theoretical exhortations and what is done in practice, a relative oversight of the implications of mixed embedded markets, and a propinquity to overlook the crucial role played by ethnic entrepreneurship and ethnic networks. Opportunity valuations are difficult to enact due to a lack of intelligence about ethnic markets. Variable sentiment about the future of ethnic marketing links to different predictions on how the drivers of globalization will impact on the acculturation paths of ethnic minorities.

Keeping a focus on the ethnic group as the unit of analysis, combining ethnic marketing and ethnic entrepreneurship theories provides intelligence about contemporary ethnic marketing and practice perspectives. The ultimate objective is to reduce the theory-practice divide through the development of a collaborative framework between business and scholars that converts into theory-in-use.

What is ethnic marketing? Definitional differences

Other issues identified by researchers

Causes of a gap and approaches to reconciliation

On the need for pragmatism or theory-in-use

The meaning and relevance of ethnicity

We are all ethnic – or are we?

Meaning and centrality of ethnic groups

The interlinking of ethnic identity with the ethnic group

Homophily and the choice of suppliers to the ethnic community

A Framework for Assessing Panethnic Segments

From immigrant to ethnic minority consumer

From ethnic marketing to marketing by ethnic minority businesses

Drivers and impediments in the creation of ethnic minority business

One model doesn’t fit all

Mixed embeddedness: the norm and a potential barrier to growth

CHAPTER 9: ethnic NETWORKS AND THE ADOPTION OF RELATIONAL STRATEGIES

Relationship between consumers and preferred suppliers

Implications for consumer groups not bound by ethnicity

A view of the gap between theory and practice

Approach to the discussion of the tactical ethnic marketing mix.

Conspicuous commitment for the long-term.

Serving anyone that comes through the door

The challenges of a dynamic environment

Simultaneity / inseparability as vehicle for responsiveness and personalization

The choice of people to employ

Exposure to ICT based structural change

Ethnicity, migration and the future of ethnic marketing

Implications from differences in immigration policies and acculturation

Canada, New Zealand and the USA

The potential for ethnic marketing in other environments

Guilherme D. Pires, PhD, is an Associate Professor at the Newcastle Business School, Faculty of Business & Law at University of Newcastle, Australia. He is a Trustee for the Business & Economics Society International and serves on the editorial board of various scholarly journals.

, is an Adjunct Associate Professor (Marketing) in the School of Business, Western Sydney University, Australia.