Recent research findings on the impact of nutrition on telomere length is unlocking the potential to combat premature aging at the cellular level. We have learned that while aging is a natural cellular process, premature aging is not and it can be positively impacted by an Evidence-Based Proactive Nutrition to Slow Cellular Aging diet plan.

This book examines key elements of the biology of cell aging and focuses on enhancing mitochondrial function and preventing abnormal cell turnover thus preserving telomere length. It details the cellular damage caused by free radicals and ROS, explains the salutary effects of antioxidants, and the body’s need for adequate nitrates and other nutrient substrates from which the body derives nitric oxide (NO) to support cardiovascular health. This book is the first to feature a simple do-it-yourself test of the effects of the diet on the availability of NO for - heart health.

The book guides the reader through the rationale for a modified Mediterranean style diet that supplies the body with an adequate daily intake of essential nutrients, simple high antioxidants, and other functional foods. It includes simple, easy to prepare appealing recipes promoting a seamless transition to a healthy, age-defying lifestyle.

was born in Linz, Austria, immigrated to the United States, and served in the Signal Corps, US Army, supporting radio communications for the Korean Military Advisory Group (KMAG), Seoul, Korea. Following honorable discharge, he entered The City College of New York (CCNY) and then the graduate program at Rutgers University, New Brunswick, New Jersey, earning his PhD in physiological psychology. Dr. Fried was appointed to the faculty of Hunter College, City University of New York (CUNY), as well as the Doctoral Faculty in Behavioral Neuroscience at the City University of New York (CUNY). He is licensed in clinical psychology in New York State and served for 4 years as Director of the Rehabilitation Research Institute (RRI), International Center for the Disabled (ICD), New York, where he conducted and later published his research on the control of blood gases and blood pH in idiopathic seizure disorders. He was research scientist, Aviation Medical Acceleration Laboratory (Project Mercury); research associate, Eastern Pennsylvania Psychiatric Institute (EPPI), Temple University Medical School, and adjunct assistant professor, The University of Pennsylvania, both in Philadelphia; research psychologist, Atascadero State Hospital for the Criminally Insane Sex Offender, Pasa Robles, California, and visiting professor, California Polytechnic State University, San Luis Obispo; research associate, Department of Community Health, Albert Einstein College of Medicine; and research associate, Payne Whitney Clinic, Cornell University Medical School. He retired from CUNY in 2010 as Professor Emeritus. Dr. Fried has lectured extensively in the United States and abroad and has conducted numerous workshops on respiratory and cardiovascular psychophysiology and blood gas self-regulation in neurological disorders, cardiovascular function, and stress syndrome. He holds a number of US patents in biomedical instrumentation including one of the earliest ECG-heart rhythm analyzer/computers. Dr. Fried has authored more than 45 scientific publications in peer-reviewed journals as well as scientific textbooks, including Erectile Dysfunction As a Cardiovascular Impairment (Elsevier/Academic Press, 2014) and The Psychology and Physiology of Breathing in Behavioral Medicine, Clinical Psychology & Psychiatry (Springer, 1993). Dr. Fried has also authored several consumer health self-help books including The Arginine Solution (Fried and Merrell, Time/Warner Books, 1999) and Great Food/Great Sex: The Three Food Factors for Sexual Fitness (Fried and Edlen- Nezin, Balantine Books, 2006). He has been featured in popular health magazine such as Men’s Health and Prevention and interviewed on national and international TV including Fox News and CNN. Dr. Fried is Emeritus Member of the American Physiological Society (APS) (Cardiovascular and Respiration division); Fellow, NY Academy of Sciences (NAS); and Diplomate in Behavioral Medicine, International Academy of Behavioral Medicine, Counseling and Psychotherapy (IABMCP); and he is listed in the “Centennial Edition” of Marquis Who’s Who. He lives in New York City with his wife Robin, a violinist with the Orchestra of St. Luke’s, the Westchester Symphony Orchestra, and the American Ballet Theater (ABT) Orchestra.

is a senior strategic planner for FCB Health in New York City. She completed her doctorate in clinical health psychology in a joint program with the Ferkauf School of Psychology and Albert Einstein College of Medicine, Yeshiva University, and did her predoctoral internship at the St. Luke’s Roosevelt Obesity Research Center in New York City. At the age of 12, Dr. Nezin’s family moved to the US Virgin Islands, where she learned to ride horses, sing with a Spanish Christmas carol chorus, and play the flute in the high school marching band. The band went on to perform at the World’s Fair and also marched in the Veteran’s Day parade in Washington, DC. Dr. Nezin was among the first personal trainers to be certified by the American College of Sports Medicine. She initiated the employee fitness program at Rockefeller University and was head trainer at the Sports Training Institute, the first one-on-one fitness gym in New York City. A former competitive racewalker, Lynn completed four New York City Marathons. Dr. Nezin has collaborated on a number of health and nutrition-related federallyfunded research programs with the division of epidemiology and social medicine at Albert Einstein and also at the American Health Foundation, under the direction of the late Dr. Ernst Wynder. She has coauthored a number of peer-reviewed journal articles and textbook chapters on behavioral health and nutrition and coauthored Great Food, Great Sex: The Three Food Factors for Sexual Fitness (Ballantine Books, 2006) with Dr. Robert Fried. Dr. Nezin was one of the founding organizers of the Health 2.0 NYC Technology Meetup group, which now numbers more than 1000 members devoted to innovation in public and personal health. She is a member of the American Diabetes Association and has been featured in Cambridge Who’s Who. 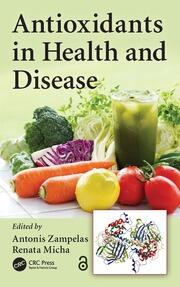 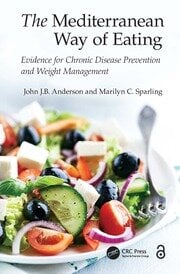