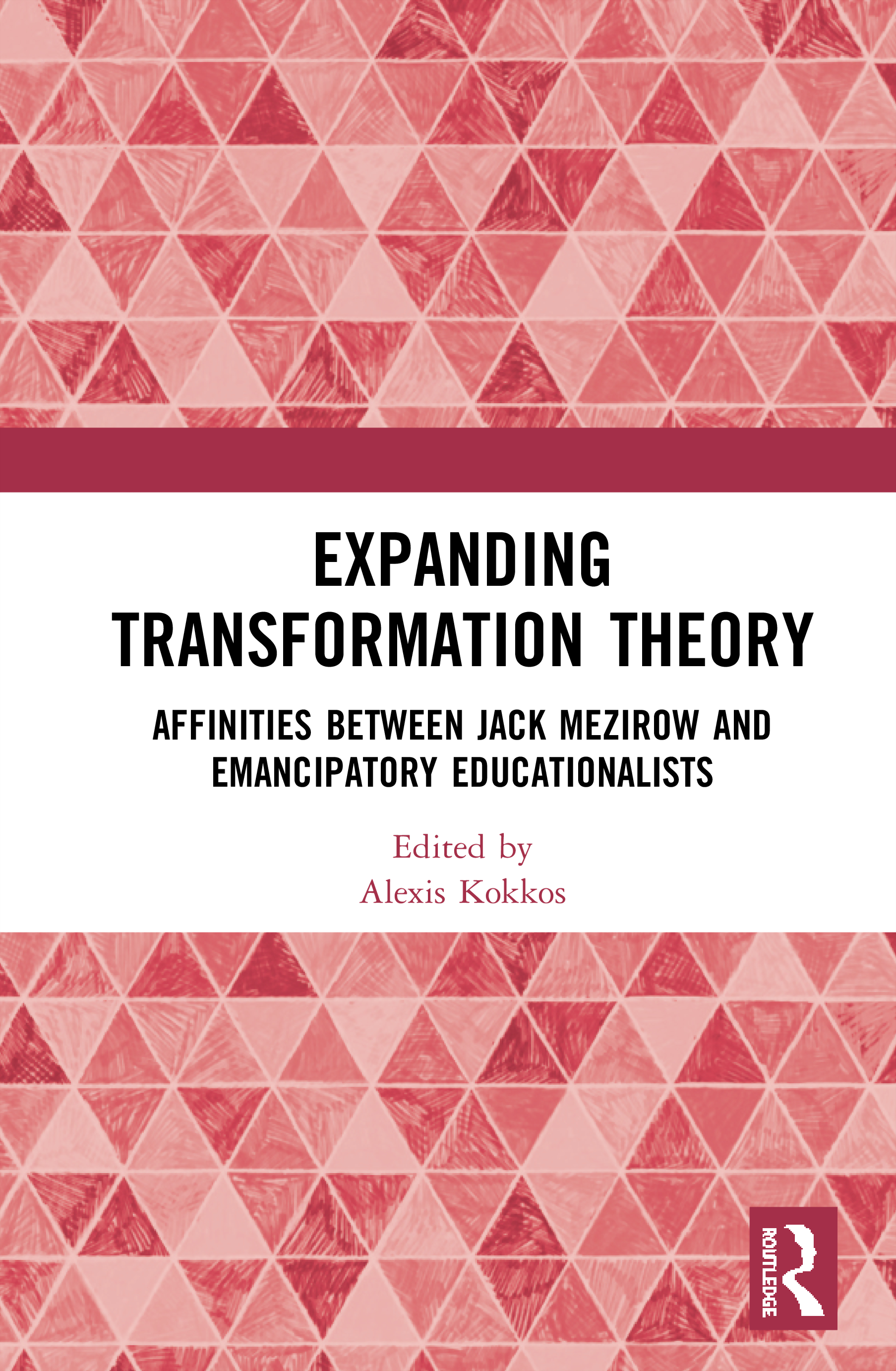 Expanding Transformation Theory offers a deeper understanding of the philosophy, principles and major components of Transformation Theory, which was developed by Jack Mezirow. It provides a thorough comprehension of the affinities of the theory with other emancipatory theoretical views and provides the readers with an expanded insight of the core theoretical framework that will support their research and educational practice.

The book juxtaposes Mezirow’s perspective with those of ten major emancipatory educationalists- Argyris, Dewey, Freire, Gould, Greene, Illeris, Jarvis, Kegan, Marsick and Socrates., who all share the idea of learning with the aim of changing problematic perceptions and behaviours. It addresses issues such as convergences and divergences among the theoretical perspectives and the impact of the theoretical ideas that Mezirow incorporated in his work. The book further reviews the work of Mezirow in order to pinpoint the dimensions which appear to have been confirmed and endure over time, and, in turn, those that seem to need expansion or even revision.

This book will be of great interest to researchers, academics, students and adult educators who are interested in transformative learning theory and emancipatory education

Ever since American Professor Jack Mezirow launched the concept of Transformative Learning it has been an important and central issue in adult educational theory and practice. For many years the concept was mainly used and elaborated in America, but in the new millennium a group of European learning researchers has been very keen to propagate this issue also in the European countries. One of the first and most important promotors has been Greek Professor Alexis Kokkos, and in 2009 the first European conference on transformative learning was held in Athens. This became a great success and at the same time a starting signal for the rapidly growing interest of this topic in Europe, in theory as well as in practice. In continuation of this, Professor Kokkos has now edited and published the present book with a collection of Greek contributions to the discussion and use of transformative learning in a broad range of connections – a book, which in a very constructive way reflects both the Greek and the European use and further development of the transformative learning ideas.

This book offers a blueprint for understanding the philosophical traditions that shaped transformative learning theory. At the same time, the book teases out ways Mezirow selected or adapted Dewey, Argyris, and others to frame his theory and how others such as Marsick or Ileris were influenced in turn by Mezirow. This book is a significant contribution to the evolution of adult education and transformative learning theory.

At a time in which scientific method is increasingly being questioned, this collection of essays on Jack Mezirow’s Transformation Theory provides an excellent riposte, based on careful scholarship, which seeks to understand how adults learn and how critical reflection on experience takes place. The comparison with ten other theorists who influenced or were influenced by Mezirow’s work proves an excellent strategy for identifying the strengths and the weaknesses of his approach to learning. The Greek Community for Emancipatory Learning is to be congratulated for its spirited analysis and defence of transformative learning, when in other parts of the world, Paulo Freire’s contribution to emancipatory learning is being submitted to what amounts to a witch hunt.

This important book advances Transformation Theory by situating Mezirow’s work, intellectually, in a community of thinkers and colleagues who influenced his theory building. Each chapter traces the intersection of a particular scholar and Mezirow’s work. Together, chapters uncover points of convergence and divergence that shed light on that intersection. Each chapter stands alone. Together, chapters are more than the sum of the book’s part. The intellectual dialogue they stimulate mirrors the collective critical thinking that Mezriow sought to build to grow this theory beyond the boundaries of his opening contribution.

Chapter 1. Seeking the traces of Dewey's thought in Mezirow's work

Chapter 3. Mezirow and Gould: Their relationship and distinct routes

Chapter 5. Tracing the Transformational Dimension within the teaching of Socrates

Chapter 7. Greene and Mezirow: The discovery of a significant but silent pedagogical and philosophical relationship

Chapter 9. Knud Illeris and the transformative type of human learning

Chapter 10. Learning as an Individual and Social Developmental Process: Thoughts on the Intellectual Quests of Jarvis and Mezirow