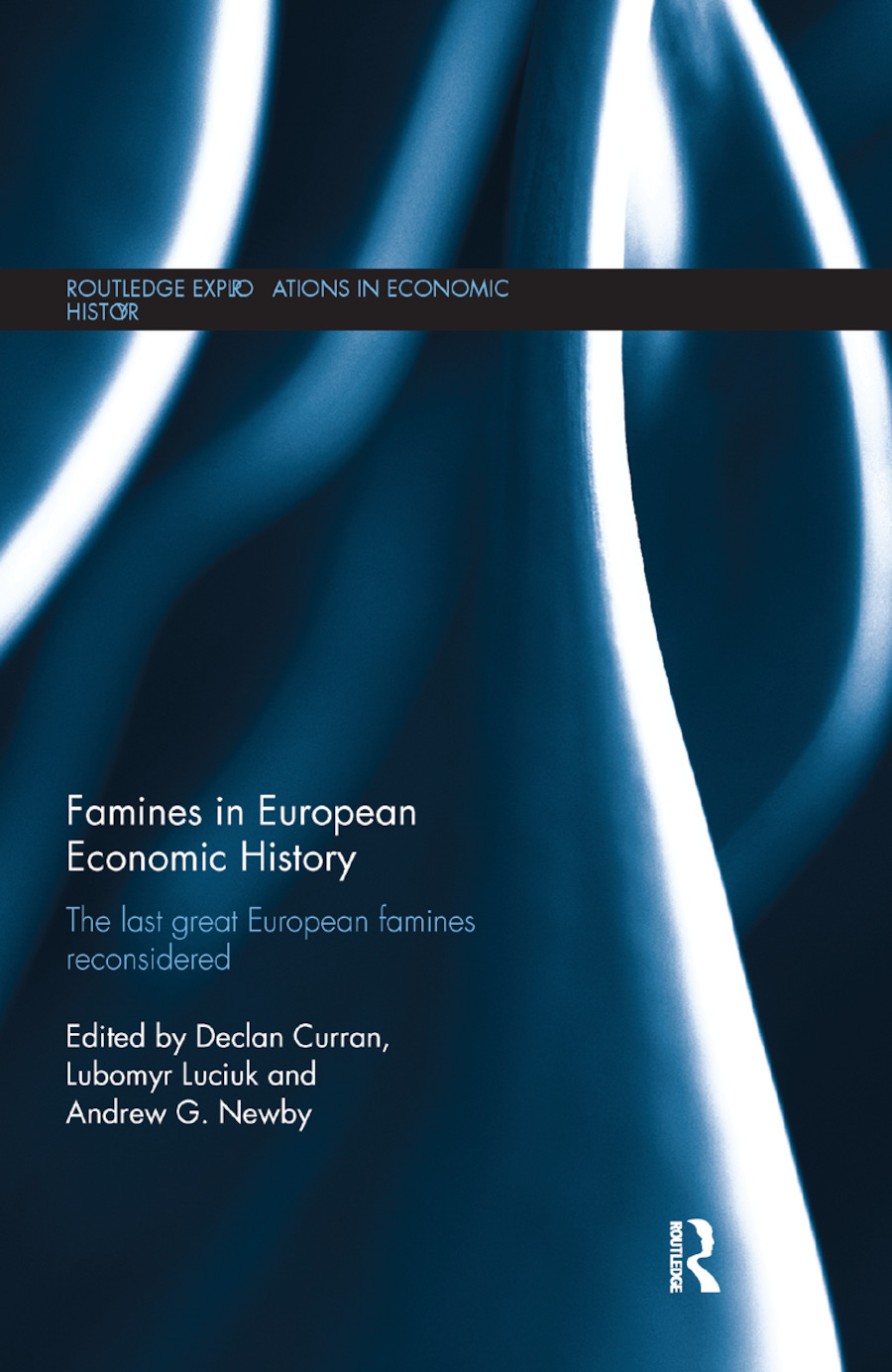 This volume explores economic, social, and political dimensions of three catastrophic famines which struck mid-nineteenth and early-twentieth century Europe; the Irish Famine (An Gorta Mór ) of 1845–1850, the Finnish Famine (Suuret Nälkävuodet) of the 1860s and the Ukrainian Famine (Holodomor) of 1932/1933.

In addition to providing new insights into these events on international, national and regional scales, this volume contributes to an increased comparative historiography in historical famine studies. The parallel studies presented in this book challenge and enhance established understandings of famine tragedies, including: famine causation and culpability; social and regional famine vulnerabilities; core–periphery relationships between nations and regions; degrees of national autonomy and self-sufficiency; as well as famine memory and identity.

Famines in European Economic History advocates that the impact and long-term consequences of famine for a nation should be understood in the context of evolving geopolitical relations that extend beyond its borders. Furthermore, regional structures within a nation can lead to unevenness in both the severity of the immediate famine crisis and the post-famine recovery.

This book will be of interest to those in the fields of economic history, European history and economic geography.

Famines in European Economic History: Introduction Section 1: The Great Irish Famine [An Gorta Mór], 1845-1850 1. From the "haggart" to the Hudson: The Irish Famine across many geographical scales 2. Tracing ‘the march of the enemy’: Regional and local experiences of the Irish famine 3. "The Great British Famine of 1845-50"? Ireland, the UK and Peripherality in Famine Relief and Philanthropy Section 2: Finnish Famine, [Suuret Nälkävuodet] 1867-1868 4. Finland’s "Hunger Years" of the 1860s: The Nineteenth Century Context 5. Feeding the Famine: Social Vulnerability and Dislcation During the Finnish Famine of the 1860s 6. ‘The Terrible Visitation’: Famine in Finland and Ireland 1845-68 Section 3: Ukrainian Famine [Holodomor], 1932-1933 7. The origins and course of the famine of 1932–1933 in Soviet Ukraine 8. 1932–33 famine losses in Ukraine within the context of the Soviet Union 9. The uses of hunger: Stalin’s solution of the peasant and national questions in Soviet Ukraine, 1932-1933

is Professor of Political Geography at the Royal Military College of Canada and Fellow of the Chair of Ukrainian Studies at the University of Toronto.

is Senior Research Fellow of the Academy of Finland, University of Helsinki, Finland.