Wildland fires are occurring more frequently and affecting more of Earth's surface than ever before. These fires affect the properties of soils and the processes by which they form, but the nature of these impacts has not been well understood. Given that healthy soil is necessary to sustain biodiversity, ecosystems and agriculture, the impact of fire on soil is a vital field of research.

brings together current research on the effects of fire on the physical, biological and chemical properties of soil. Written by over 60 international experts in the field, it includes examples from fire-prone areas across the world, dealing with ash, meso and macrofauna, smouldering fires, recurrent fires and management of fire-affected soils. It also describes current best practice methodologies for research and monitoring of fire effects and new methodologies for future research. This is the first time information on this topic has been presented in a single volume and the book will be an important reference for students, practitioners, managers and academics interested in the effects of fire on ecosystems, including soil scientists, geologists, forestry researchers and environmentalists.

Part 1 Review of fire effects on soil properties, Part 2 Methods used to study the effects of fire on soils.

Paulo Pereira is Professor of Environmental Science at the Mykolas Romeris University in Vilnius, Lithuania. He has researched the effects of fire on ecosystems for more than 10 years and organised international conferences and courses in this field. Paulo has also edited several special issues on fire effects on ecosystems for well-regarded journals.

Jorge Mataix-Solera is Professor of Soil Science at the University Miguel Hernández in Elche, Spain. His research focuses on the effects of fires on soil properties, and he has collaborated extensively with researchers from the USA, Australia, Israel, Slovak Republic, UK, Brazil and Italy. He is one of the Executive Editors of SOIL and is President of the Spanish Society of Soil Science.

Xavier Úbeda is a senior lecturer at the University of Barcelona, Spain. He has over 25 years of experience in the study of fire effects on soil properties, hydrology and soil erosion. His main interest is the effect of prescribed fires on soil properties and he has organised many conferences on the effects of fire and forest management practices.

Guillermo Rein is Professor of Fire Science at the Imperial College, London, and Editor-in-Chief of the journal Fire Technology. He leads the research group Imperial Hazelab and his research focuses on wood ignition, designing structures that resist fire and the spread of wildfires.

Artemi Cerdà is Professor in Physical Geography at the University of Valencia, Spain. He was previously a staff member of the Spanish Council for Scientific Research, and has conducted research at Bar-Ilan University, Palermo University, Wageningen University, Amsterdam University, Swansea University and the United States Forest Service. He is an expert on soil erosion and soil hydrology on fire-prone land. 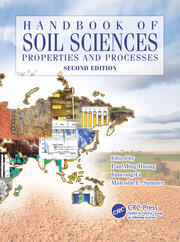 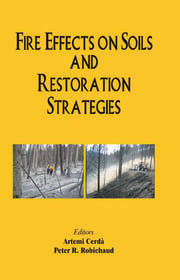 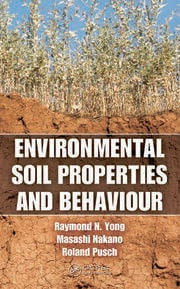