Real examples supplement the text, along with questions in each chapter. The book includes examples of applications of gas chromatography in drugs, toxicology, fire, paint, food, and fragrance. Each application is presented as an individual case study with specific focus on a particular sample preparation technique. This allows each technique to be discussed with respect to its theory, instrumentation, solvent selection, and function, as appropriate. Each case study provides readers with suitable practical information to allow them to perform experiments in their own laboratory either as part of a practical laboratory class or in a research context. The final chapter provides answers to the questions and encourages further study and discussion.

Michelle Groves Carlin, MSc, BSc (Hons), MRSC, CChem, studied at Heriot-Watt University in the honors program in color chemistry. She then worked at a dyehouse in the Scottish Borders before embarking on a career in analytical chemistry. After some time spent in a contract research organization in Edinburgh, she continued her education with an MSc in forensic science from Strathclyde University. She carried out a research project in the toxicology department of the Institut de Recherche Criminelle de la Gendarmerie Nationale (IRCGN) in Paris using LC-ESI-MS. She then became the manager of a workplace drug-testing laboratory in the north east of England before taking on a teaching position as lecturer in forensic science at Teesside University, where she spent three years. In 2009, she moved to Northumbria University as a senior lecturer in forensic chemistry, where she carries out research in analytical toxicology.

DSc, PhD, DIC, MSc, BSc, FRSC, CChem, CSci, Cert. Ed., took his first degree in Chemistry at the University of Manchester Institute of Science and Technology (UMIST), followed by an M.Sc. in Analytical Chemistry and Instrumentation at Loughborough University of Technology and finally a Ph.D. and D.I.C. in Physical Chemistry at Imperial College of Science and Technology, London. He then spent two years as a postdoctoral research fellow at the Food Science Laboratory of the Ministry of Agriculture, Fisheries and Food in Norwich in conjunction with Polytechnic South West in Plymouth. This was followed by a temporary lectureship in Inorganic Chemistry at Huddersfield Polytechnic. In 1988 he was appointed to a lectureship in Inorganic/Analytical Chemistry at Newcastle Polytechnic (now Northumbria University). This was followed by promotion to Senior Lecturer (1990), Reader (1994), Principal Lecturer (1998) and Associate Dean (Research) (2004). In 2004 he was appointed as Professor of Analytical and Environmental Science. Since 2008 he has held dual responsibility as Head of the Graduate School and Research Professor in the Department of Applied Sciences. In 1998 he was awarded a D.Sc. (London) in Analytical and Environmental Science and was the recipient of the 23rd SAC Silver Medal in 1995. He has published extensively in analytical and environmental science.

" … useful for undergraduate and postgraduate students and young scientists, but also for experienced scientists starting to work with gas chromatography."
—Analytical and Bioanalytical Chemistry 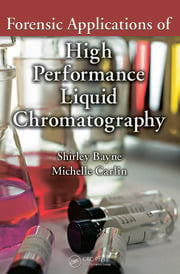 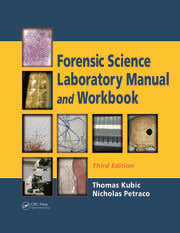 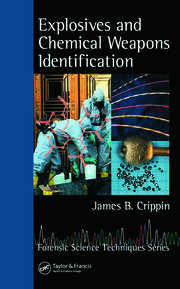