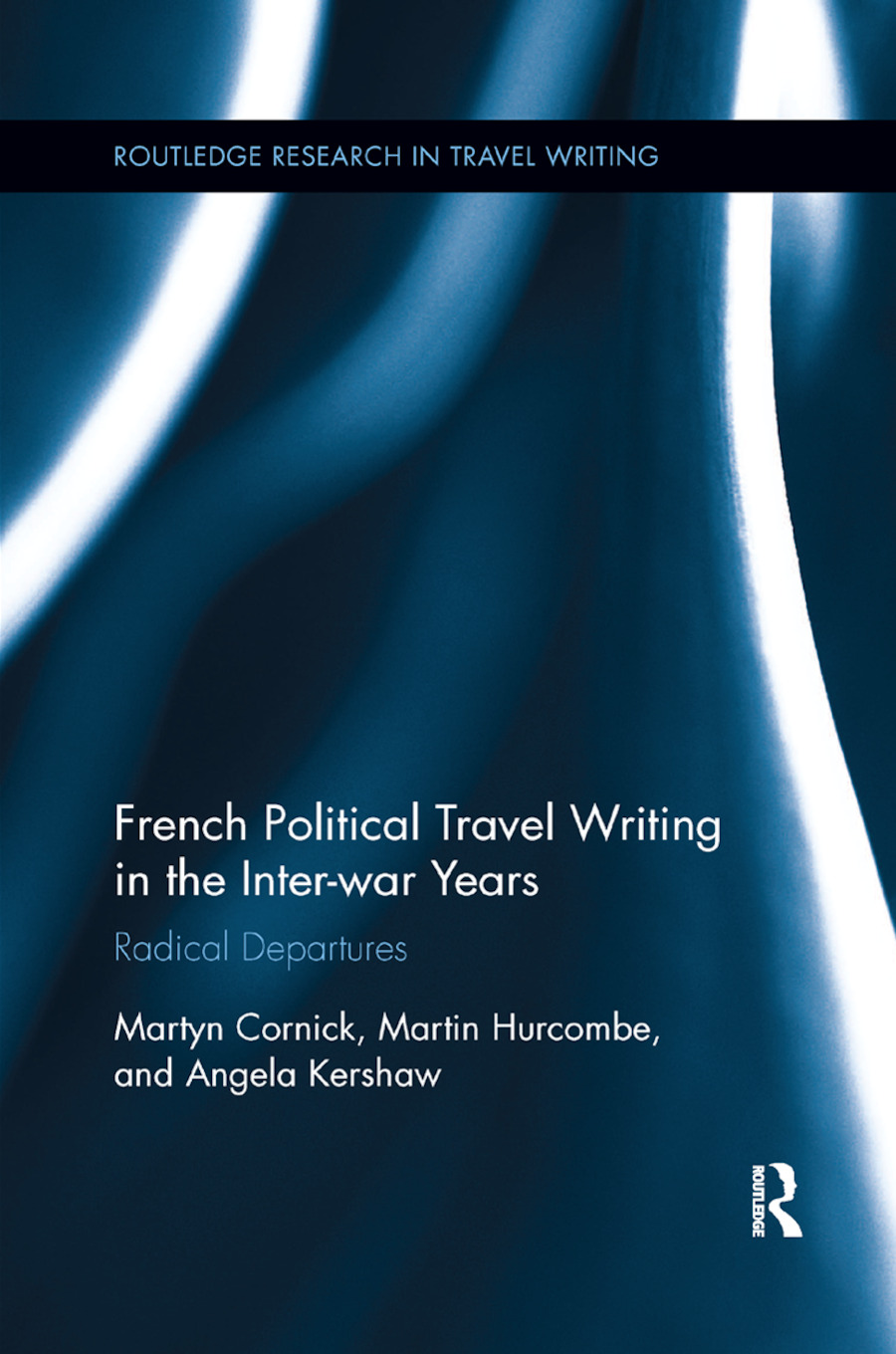 This book studies travel writing produced by French authors between the two World Wars following visits to authoritarian regimes in Europe and the Union of Soviet Socialist Republics (USSR). It sheds new light on the phenomenon of French political travel in this period by considering the well-documented appeal of Soviet communism for French intellectuals alongside their interest in other radical regimes which have been much less studied: fascist Italy, the Iberian dictatorships and Nazi Germany. Through analyses of the travel writing produced as a result of such visits, the book gauges the appeal of these forms of authoritarianism for inter-war French intellectuals from a broad political spectrum. It examines not only those whose political sympathies with the extreme right or extreme left were already publicly known, but also non-aligned intellectuals who were interested in political models that offered an apparently radical alternative to the French Third Republic. This study shows how travel writing provided a space for reflection on the lessons France might learn from the radical political experiments of the inter-war years. It argues that such writing can usefully be read as a form of utopian thinking, distinguishing this from colloquial understandings of utopia as an ideal location. Utopianism is understood neither as a fantasy ungrounded in the real nor as a dangerously totalitarian ideal, but, in line with Karl Mannheim, Paul Ricœur, and Ruth Levitas, as a form of non-congruence with the real that it seeks to transcend. The utopianism of French political travel writing is seen to lie not in the attempt to portray the destination visited as utopia, but rather in the pursuit of a dialogue with radical political alterity.

From the Grand Tour to the Political Tourist: Italy and the Encounter with Homo Fascista (Martin Hurcombe)

Out of Chaos, Order: Latinity and the Iberian Dictatorships (Martin Hurcombe)

The Journey to the USSR in the 1930s: Apology, Apocrypha, Apostasy (Angela Kershaw)

Towards Totalitarianism: French Travel Writing around the Nazi Seizure of Power (Martyn Cornick)

Political Peregrinations, the Journey Home, and the Sense of Self: Functions of Political Travel Writing in Inter-war France (Kershaw, Hurcombe, Cornick)

Martyn Cornick is Professor of French Cultural History at the University of Birmingham, UK.

Martin Hurcombe is a Reader in French Studies in the School of Modern Languages, University of Bristol, UK.

Angela Kershaw is a Senior Lecturer in French Studies in the Department of Modern Languages, University of Birmingham, UK.